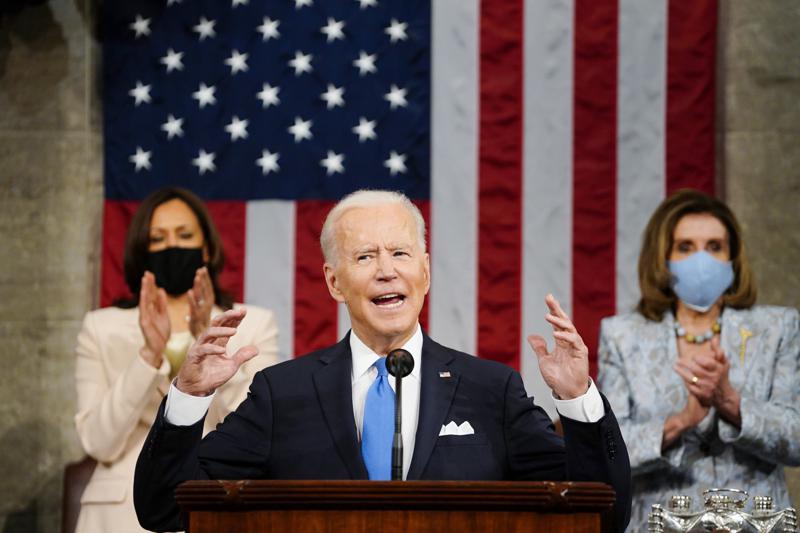 April 29 (UPI) — President Joe Biden declared that America is “on the move again” at a drive-in rally in Duluth, Ga., on Thursday to promote his infrastructure plan and mark his 100th day in office.

In his speech Thursday, Biden echoed many of his talking points from his first joint address before Congress the night prior as he promoted his American Jobs Plan and American Families Plan.

“Folks, it’s only been 100 days, but I have to tell you, I’ve never been more optimistic about the future in America, and America is on the move again,” he said. “We’re choosing hope over fear, truth over lies, light over darkness. We’re working, we’re working again. We’re dreaming again. We’re discovering again. And we’re leading the world again. And you’re proving democracy can deliver for the people. We just need to remember who we are.”

Biden reiterated many of his points from his Wednesday address at the rally, touting the American Jobs Plan as a “once-in-a-generation investment in America itself,” noting it would invest in green jobs and improved care for the elderly and disabled.

He continued to highlight how his American Families Plan will provide free preschool for 3-year-olds and 4-year-olds and two years of free community college for all Americans.

Once again, Biden declared that it is time for “the richest 1% of Americans and corporate America, to start to do their part” as he outlined plans to pay for the proposals by increasing the corporate tax rate and taxes on those making more than $400,000 a year.

Addressing the Georgia crowd, Biden thanked local voters for their efforts electing Raphael Warnock and Jon Ossoff in runoff elections in January to give Democrats control over the Senate, which helped Biden pass the American Rescue Plan.

“Those two votes made the difference. It passed by a single vote. And that means we owe a special thanks to the people of Georgia,” the president said. “Because of you … the rest of America was able to get the help they got. So if you ever wonder if elections make a difference, just remember what you did here in Georgia when you elected us.”

Biden acknowledged the protesters but did not comment on immigration issues saying he was “working on” eliminating private prisons, saying “Give me another five days.”

“There should be no private prisons, period. None, period,” Biden said. “That’s what we’re talking about in private detention centers. They should not exist.”