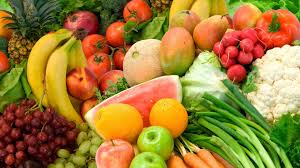 BEIRUT (AP) — Lebanon called on Saudi Arabia on Monday to reconsider its decision to ban Lebanese produce from entering the oil-rich kingdom over a drug smuggling case. Officials vowed to investigate and institute strict new measures.

The announcement was made after a meeting attended by Lebanon’s president, prime minister, several Cabinet ministers and heads of security agencies that discussed Saudi Arabia’s decision last week.

The officials asked security agencies and the customs department to increase measures that prevent smuggling to any country and make sure that exports to Gulf nations don’t “include illegal products.”

On Friday, Saudi Arabia announced it seized over 5 million pills of an amphetamine drug known as Captagon hidden in a shipment of pomegranates coming from Lebanon.

The Lebanese officials have asked the state prosecutor to follow up on the investigation into the shipment, adding that Lebanon strongly rejects that its facilities are used as a point for such “criminal acts.”

Interior Minister Mohamed Fehmi was authorized to communicate with Saudi authorities to help find whoever was behind the shipment and prevent it from happening again in the future.

The Saudi ban, ordered by the kingdom’s Interior Ministry, went into effect Sunday. It was a major blow to the Lebanese economy, already reeling from an unprecedented economic crisis.

“Lebanon wants best relations with Arab states and to protect their security and stability,” President Michel Aoun was quoted as saying during the meeting.

While Saudi Arabia has been a major Lebanon supporter, the kingdom has also been locked in a regional struggle with Iran, the main ally of the powerful Lebanese militant group Hezbollah. Tension between the two regional powerhouses have often spilled into a deadlock in decision-making in Lebanese politics. Saudi Arabia is among the Gulf countries that imposed sanctions on Hezbollah.

Lebanon’s Farmers Union called on the kingdom to repeal its decision. It said the mistake of one person or a criminal gang should not be a reason to punish the Lebanese people.