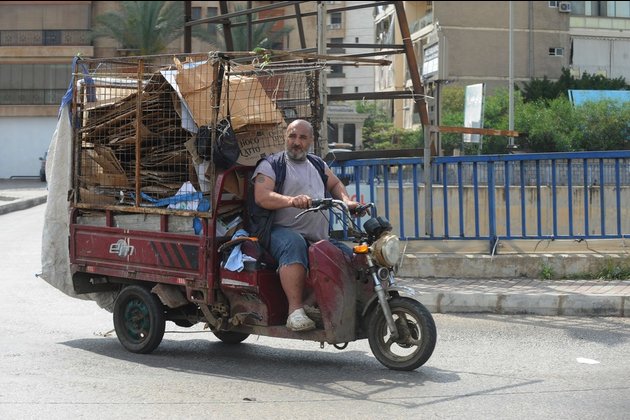 The cheap and low fuel consumption tuk-tuks have become a good option for the creative Lebanese as the economic crisis drags on
Share:

As the dire economic conditions forced the Lebanese to look for creative ideas to generate a decent revenue with less investment, the cheap and low fuel consumption tuk-tuks have become a good option for them.

BEIRUT, April 25 (Xinhua) — Thirty-year-old Jamal Abu Omar bought months ago a tuk-tuk for around 2,400 U.S. dollars, a huge investment for him but, in his opinion, a necessary one to secure a source of livelihood for his family amid the ongoing economic crisis in Lebanon.

Now Omar gets busy during the wee hours of the day by loading his three-wheel vehicle with pieces of bread and delivering them to dozens of shops in several towns in the Bekaa, eastern Lebanon.

“Despite the difficult situation we are facing, I think I can make good money out of my tuk-tuk,” Omar told Xinhua, who had to buy the tuk-tuk in installments and believed it was one of the wisest decisions he ever made.

The low price and low fuel consumption are the main features that attract the buyers, said Wissam Araji, who runs a tuk-tuk store in central Bekaa, adding that his store sold more than 600 tuk-tuks since the beginning of the year.

People who want to go on a small trip in nature can also rent a tuk-tuk at Araji’s store at the rate of 75,000 Lebanese pounds (around 6 dollars) for every seven hours.