Biden expected to label 1915 massacre of Armenians as genocide 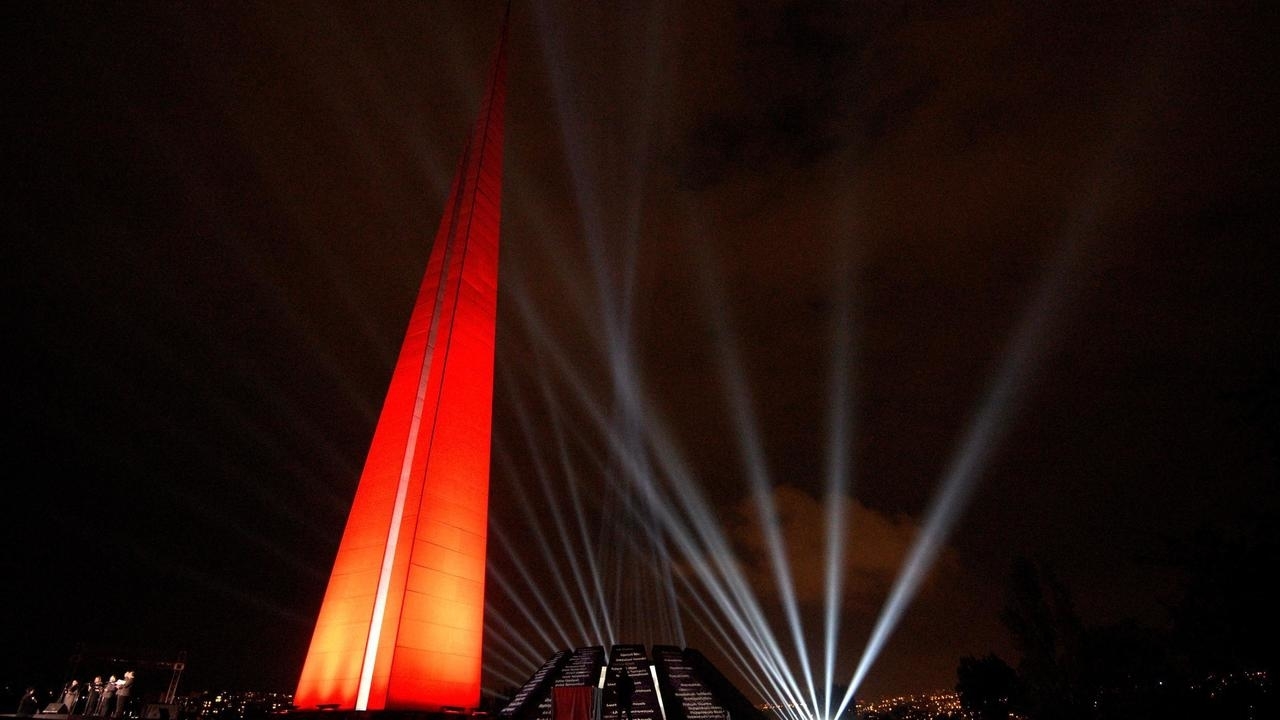 The Tsitsernakaberd Memorial complex is illuminated in Yerevan in April 2020 to commemorate those who died in the mass killing of Armenians in the Ottoman Empire during World War I KAREN MINASYAN AFP/File
Share:

The White House has not commented on the reports, but top lawmakers in Biden’s Democratic Party voiced strong support for the move expected on Saturday, the annual day of remembrance for the victims of the 1915 massacre.

Despite decades of pressure from the US Armenian community, successive US presidents have skirted the genocide controversy due to worries about a rupture with NATO ally Turkey, which has steadfastly rejected the assertion.

But Biden pledged last year during his presidential campaign to recognize the Armenian genocide.

“We must never forget or remain silent about this horrific and systematic campaign of extermination,” he said in a statement on April 24, 2020.

“If we do not fully acknowledge, commemorate, and teach our children about genocide, the words ‘never again’ lose their meaning. “

Branding the massacre genocide would carry no legal consequences, but could potentially add support to reparations claims.

More immediately, it would infuriate Ankara, which insists that the numbers of Armenians killed is greatly exaggerated and that more Muslims were killed during the period.

Turkish President Recep Tayyip Erdogan on Thursday told advisors “to defend the truth against those who back the so-called ‘Armenian genocide’ lie,” his office said without referring directly to Biden’s reported plans.

“If the United States wants to worsen ties, the decision is theirs,” he said.

Democrats in Congress though applauded the expected move.

“I am so relieved, grateful and moved that we can finally commemorate the anniversary with the knowledge that the government of the United States… has recognized the truth of the Armenian genocide at last,” said Senate Majority Leader Chuck Schumer.

At the US State Department, spokesman Ned Price did not confirm any coming announcement, but stressed that the two countries can still work on issues of mutual interest despite disagreements.

“We have shared interests with Ankara, and that includes countering terrorism and includes ending the conflict in Syria,” he said.

“As friends, as allies, when we have disagreements we raise those… and there’s no papering over them,” he said.

The Ottoman empire was centered on modern-day Turkey, and millions of Armenians lived under its rule, mostly in what is now the eastern part of the country.

The massacre was set off after Ottoman leader Mehmed Talaat ordered the mass deportation of Armenians as World War I raged and the Ottoman Empire was battling Tsarist Russia.

The Armenian community claims 1.5 million were killed, while some other estimates are lower. Hundreds of thousands also fled into exile, many to Europe and the United States.

Around 30 countries, as well as the European Union, have branded the event genocide.

In 2019 both houses of the US Congress voted to use the genocide label in a symbolic resolution.

But then-president Donald Trump, seeking to maintain close relations with Erdogan, avoided using that term, while calling it “one  of the worst mass atrocities of the 20th century.”

“If we’re not going to recognize the genocide that happened a century ago, what does that say about our willingness to stand up and confront genocide happening today?” he told Fox 11 television in Los Angeles.