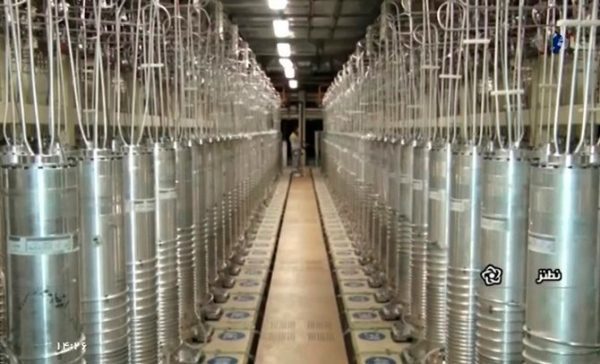 VIENNA: Iran has installed advanced centrifuges at its underground uranium enrichment plant at Natanz and plans to add even more, a report by the UN atomic watchdog on Wednesday showed, deepening Iran’s breaches of its nuclear deal with major powers.

The report is the latest evidence that Iran is pressing ahead with the installation of the advanced machines, even though it is not allowed to use them to produce enriched uranium under the 2015 agreement.

The accord only lets Iran produce enriched uranium at its underground Fuel Enrichment Plant (FEP) at Natanz with first-generation IR-1 centrifuges, which are far less efficient than the advanced models.

“On 21 April 2021, the Agency verified at FEP that: … six cascades of up to 1,044 IR-2m centrifuges; and two cascades of up to 348 IR-4 centrifuges … were installed, of which a number were being used,” the International Atomic Energy Agency (IAEA) reported to member states said, referring to the underground Fuel Enrichment Plant at Natanz. The report was seen by Reuters.

According to a previous report, the IAEA verified on March 31 that Iran was using 696 IR-2m machines and 174 IR-4 machines at the FEP.

Wednesday’s report also said Iran informed the IAEA that it plans to install four more cascades, or clusters, of IR-4 centrifuges at the FEP, where both of the IR-4 cascades it had planned have now been installed.

Meanwhile, the European parties to the agreement have seen progress in the first two rounds of indirect US-Iran negotiations to revive the deal but said on Wednesday that there were still major hurdles to overcome. The United States withdrew from the accord in 2018 and re-imposed sanctions on Iran.