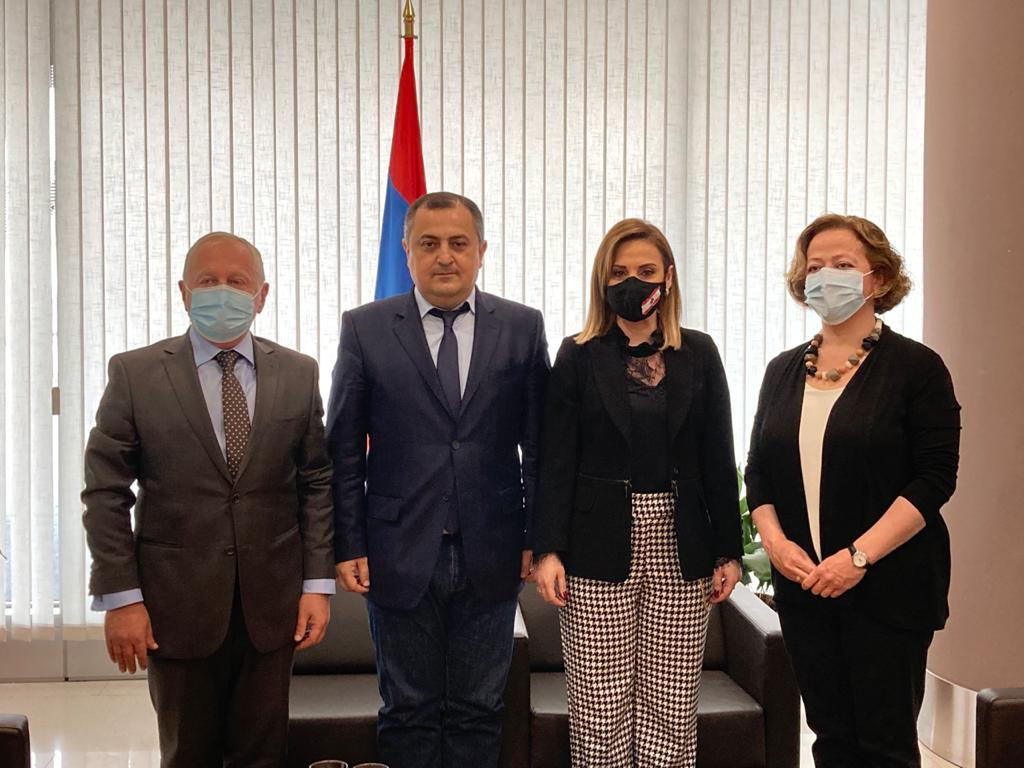 Lebanon’s Sports and Youth Minister Vartine Ohanian on Tuesday arrived in Armenia today  to represent the President of the Republic, Michel Aoun, at the 106th Armenian genocide commemoration event to be held on April 24th, Lebanon’s National News Agency reports.

Minister Ohanian is accompanied by the Ambassador of Armenia to Lebanon Vahagn Atabikian.

Discussions focused on topics of mutual interest in the sport sector. The parties emphasized the importance of sports activities and their significant role in the lives of young people.