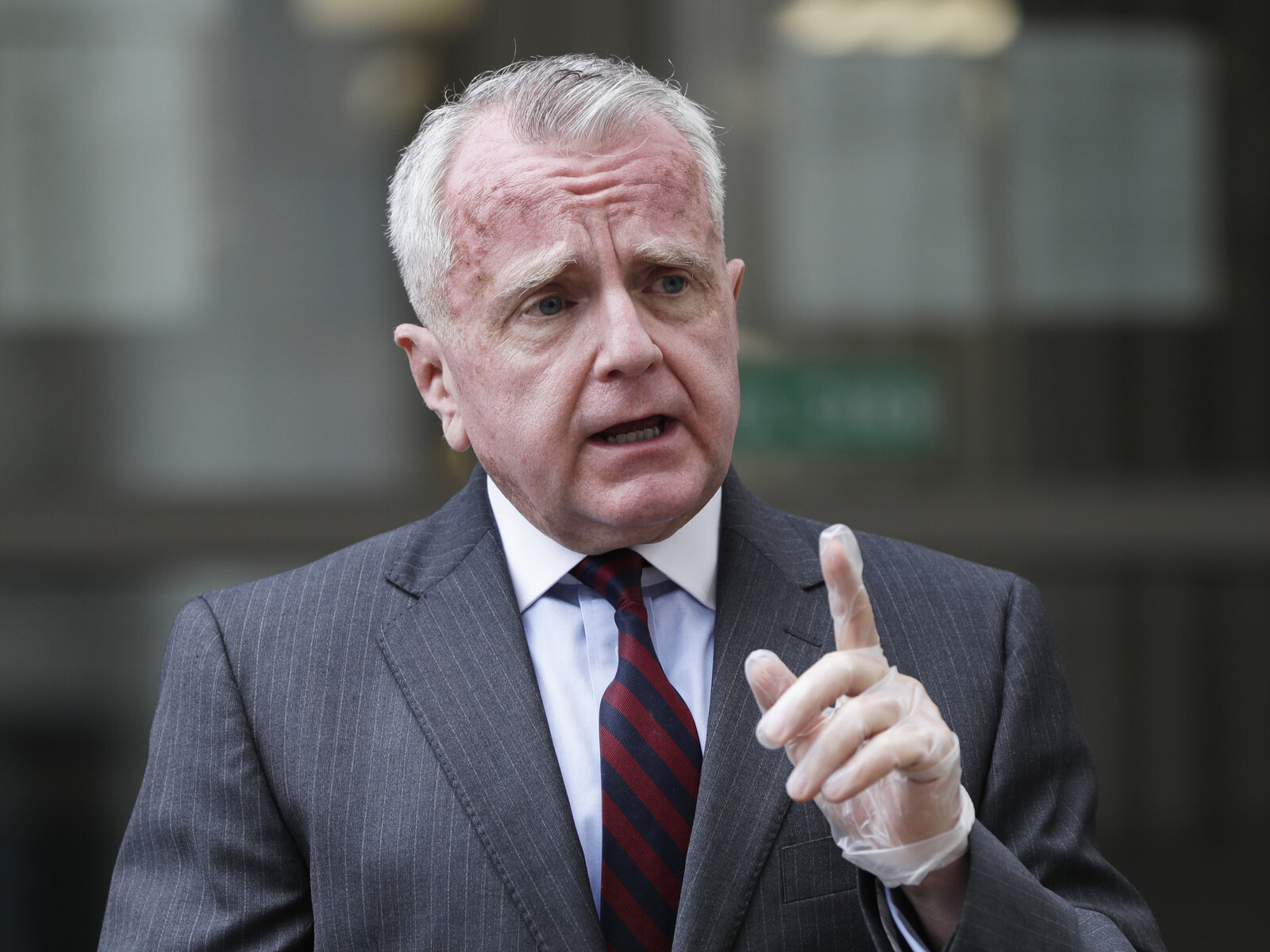 U.S. Ambassador to Russia John Sullivan speaks to the media at the Moscow City Court building after the verdict announcement for American Paul Whelan in Moscow, Russia, Monday, June 15, 2020. The Moscow City Court on Monday convicted Paul Whelan on charges of espionage and sentenced him to 16 years in maximum security prison colony. Whelan has insisted on his innocence, saying he was set up. The U.S. Embassy has denounced Whelan’s trial as unfair, pointing that no evidence has been provided. (AP Photo/Pavel Golovkin)
Share:

The American ambassador to Russia is returning to Washington for “consultations” after President Biden imposed a new round of sanctions on Moscow last week, including the expulsion of 10 diplomats – a move quickly followed by reciprocal measures from the Kremlin.

A brief statement from the U.S. Embassy in Moscow on Tuesday announced that Ambassador John Sullivan was returning to the U.S. this week after his Russian counterpart was recalled amid increasingly strained relations between the two countries.

“I believe it is important for me to speak directly with my new colleagues in the Biden administration in Washington about the current state of bilateral relations between the United States and Russia,” said Sullivan, who was nominated by former President Donald Trump and took over as U.S. ambassador last year.

“Also, I have not seen my family in well over a year, and that is another important reason for me to return home for a visit,” he added. Sullivan said he would be returning to Moscow “in the coming weeks before any meeting between Presidents Biden and Putin.”

Last week, Biden signed an executive order slapping new sanctions on Russia in retaliation for a major cyberbreach blamed on the Kremlin that ultimately penetrated computer systems operated by U.S. government agencies, including the Department of Homeland Security. The sanctions were also aimed at punishing Moscow over other alleged acts, including interference in the 2020 U.S. presidential election. The Kremlin has denied any involvement in either the cyberattack or election meddling.

“Now is the time for the United States to demonstrate good sense and to turn its back on a confrontational course,” Lavrov said in a statement. “Otherwise an array of painful decisions for the American side will be implemented.”

Last month, Biden stepped up his criticism of Russian President Vladimir Putin, calling him a “killer,” turning up the volume on increasingly sour relations between Washington and Moscow.

Despite the recall of each nation’s ambassador and Washington and Moscow’s ongoing rhetorical battle, there are indications the two sides still want to engage with one another. Putin, for example, accepted Biden’s invitation to a virtual climate summitlater this week and is expected to speak. And Biden has said he is open to a one-on-one summit with the Russian leader.

In addition to the election meddling and cyberattack, the U.S. has also expressed concern about reports the Kremlin offered bounties to the Taliban to kill American troops in Afghanistan and the poisoning of Russian opposition leader Alexei Navalny and his continued detention. In recent days, Navalny, who has been on a three-week hunger strike in prison, is reportedly near death.

Meanwhile, Russia is reportedly massing troops along its border with Ukraine – a move that has alarmed Kyiv, which fears a repeat of Moscow’s infiltration and annexation of Crimea in 2014.