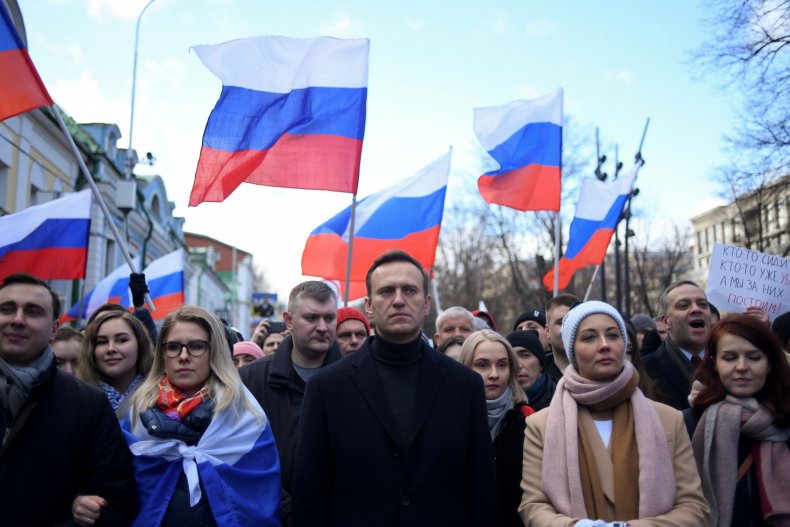 The Biden administration is vowing that Russia will be held accountable if imprisoned and ailing Russian opposition leader Alexei Navalny dies.

President Joe Biden already has imposed sanctions against Russian officials over the handling of Navalny, a chief critic of Russian President Vladimir Putin. Psaki didn’t elaborate Monday on what the consequences would be if Navalny dies.

“We urge Russian authorities to take all necessary actions to ensure his safety and health,” she said earlier this month. “We consider Mr. Navalny’s imprisonment on trumped-up charges to be politically motivated and a gross injustice.”

Navalny, a fierce critic of Putin, has been on a hunger strike for the past three weeks in protest of the poor medical care he has received while behind bars.

Navalny, 44, has been sentenced to two and a half years in prison for violating terms of a 2014 conviction that the European Court of Human Rights has deemed unfair. He was previously poisoned and nearly died. That attack forced him to spend five months in Germany to fully recover before returning to Russia, when he was promptly arrested.

The Associated Press reported Monday that Navalny was transferred to a hospital in another prison after his doctor said he could be near death.

“Yesterday, he was really unwell,” the AP reported his lawyer Alexei Liptser said after a visit with Navalny Monday afternoon. “Given the test results and the overall state of his health, it was decided to transfer him here. In the evening, he became significantly worse.”

Tensions have been escalating between the Biden administration and Putin, though the Russian leader is scheduled to take part in the White House’s virtual summit on climate change this week.

The two countries are also discussing an in-person meeting between Biden and Putin in Europe later this year.

Just days after taking office, Biden spoke to Putin by phone about the poisoning of Navalny, according to a White House readout of the call. The Kremlin has denied any involvement, although both the White House and Navalny have said it was an act of political retaliation against Putin’s most visible critic.