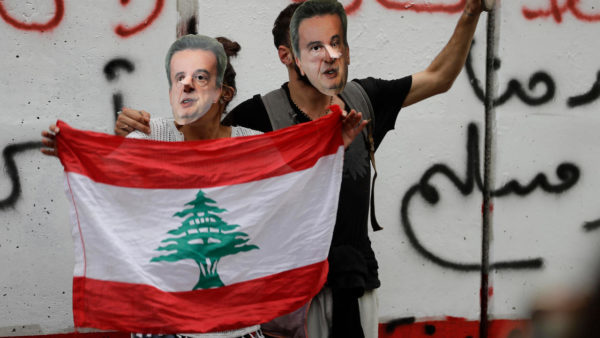 The Swiss attorney general’s office said in January it was investigating “aggravated money laundering… in connection with possible embezzlement to the detriment of” the Lebanese central bank. It said it had requested judicial assistance from Beirut.

Lebanon’s Al-Akhbar newspaper reported at the time that the probe was part of a wider effort spearheaded by France, Britain and the United States to investigate the activities of Lebanese officials, including Salameh.

On Tuesday, Le Temps reported it had seen the Swiss judicial assistance request and that it listed a series of movements of funds between Lebanon and Switzerland.

According to the Swiss daily, the funds, worth more than $300 million (251 million euros), had been moved by Riad Salameh and his brother Raja.

In January, judicial sources told AFP that a Lebanon judge had referred Salameh to judicial investigation over his mishandling of a foreign currency scheme meant to stem skyrocketing food prices.

In February, a Lebanese prosecutor passed on to Switzerland information they had requested as part of their investigation into Salameh, a judicial source told AFP.

Raja Salameh is listed as the beneficiary and while the company is registered in Britain’s Virgin Islands overseas territory, it has an office in Beirut.

That contract, reportedly signed by Riad Salameh and his brother, appears to have authorised Forry Associates to sell treasury bonds and Eurobonds issued by the Lebanese central bank, at a commission.

This arrangement enabled Forry Associates to boost its account at the HSBC Private Bank in Geneva by $326 million between April 2002 and October 2014, according to the judicial assistance request seen by Le Temps.

Most of the money that landed in the account, which listed Raja Salameh as the beneficiary, was reportedly immediately transferred to his personal account at HSBC, and on to five Lebanese establishments.

The request revealed that Riad Salemeh had also opened an account with Julius Baer in Zurich in 2008 through a company called Westlake Commercial Inc based in Panama City, Le Temps reported.

Another account was reportedly opened with UBS in 2012, yet another with Credit Suisse in 2016, and finally one with the Geneva Banque Pictet in 2018.

The news comes as Lebanon is grappling with its worst economic crisis since the 1975-1990 civil war, with more than half of its population mired in poverty.

The Lebanese pound has lost more than 85 percent of its value against the US dollar on the black market in a devaluation that has eaten away at pensions and salaries.

Lebanese banks have limited access to pound deposits and halted all dollar transactions since 2019 to stem a liquidity crunch and shore up dwindling foreign exchange reserves.