Lebanon has never been as bad as now 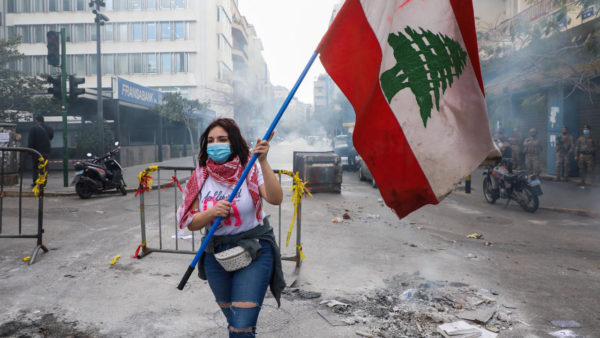 After decades of corruption, the country is facing collapse; the pandemic has killed tourism, war in Syria has halted trade while US sanctions have pummelled banking

Lebanon has survived two civil wars, two major Israeli invasions, and decades of mismanagement and corruption, but now, bankrupt, it is on the brink of collapse.

Beirut formerly depended on tourism, trade and banking to keep the dollars flowing into the country. The Covid-19 pandemic has killed tourism, war in neighbouring Syria has halted trade, and US sanctions have pummelled banking.

Lebanon’s currency, the lira (or pound), has fallen in value by 90 per cent since mid-2019. Half its citizens live in poverty. The monthly minimum wage has plummeted from $450 to $62 (€385 to €53). Since 80 per cent of Lebanon’s food, medicine and fuel is imported, prices have skyrocketed.

Politicians have wrangled since August over a cabinet of experts which is meant to rescue Lebanon from deepening political, economic, and social crises.

Here six Lebanese describe the experience of living in a crippled country.

In Maillard’s neighbourhood supermarket there is “no butter, no powdered milk for children, no chickpeas, or lentils. Subsidised oil, rice, and sugar are not found. We take money we think we need for shopping and find it is not enough. Prices are rising two or three times a day”.

Electricity is on for six hours and off for three hours during the day, Maillard says. Diesel for back-up generators is expensive and scarce.

Middle-class couples are having babies at home as they cannot afford the cost or are afraid to go to hospital because of Covid-19. The poor normally have births at home.

“People are furious with the warlords and politicians because there is no empathy, sympathy, or comprehension for the Lebanese. I stayed in Beirut throughout the [civil war] war but it has never been as bad as now.”

Hamza Tahhan, taxi driver in his 50s from Adloun, an ancient village south of the port of Sidon

Tahhan formerly made a good living from guiding tourists. He has few clients now and relies partly on aid from a brother in Germany.

“Petrol has risen by 40 per cent since last week and spare parts are, maybe, 10 times normal,” he says. “There are fights in the supermarkets over subsidised rice, oil, sugar. Pharmacies had a one-day strike to warn the government to bring medicine or they will close permanently. Smugglers take petrol and medicine to Syria.

“It is not like before. We don’t have meat every day. But Lebanese have many vegetarian dishes, so we manage. We were living in a dream before, we enjoyed ourselves, we had a good life – now we live the reality.”

“I will leave after I graduate,” says Doughan, who was living with her family in Doha, Qatar, until 2015. She returned to Beirut to study but decided to depart after ammonium nitrate exploded in the port last August and devastated the city.

“I risked my life to stay in Lebanon,” she says.

The blast damaged the flat where she and her roommate stayed. Although infected with Covid, they had to move until they fixed the flat. “Now I will move out of the country. I am planning to go to Spain, Germany, Italy, somewhere in Europe. But I have a Lebanese passport so it is difficult. I might go to Doha to get [work] experience.”

Like many young Lebanese, she had high hopes during the 2019 protests. However, she says, “the Lebanese revolution was different from the revolution in Egypt and elsewhere. They were fighting only one person [longstanding presidents]. We are fighting whole families. There is not just one person in charge”.

“Maybe the economy will get better in three to four years but as long as these people are in charge there will be no change. The sectarian system keeps them in power. People see change as an attack on religion.”

Hamza Tahhan, a taxi driver, used to make a good living from guiding tourists but now relies partly on aid from a brother in Germany.

Kanso is undergoing costly cancer treatment at the American University Hospital. His doctor got him admitted and his brother and friends cover some expenses but, he says, “the state pays most”.

The bankrupted state owes tens of millions of dollars to public and private hospitals across the country.

His daughter Maha (23) is working for her Master’s in engineering at Lebanese University and would like to continue her studies abroad.

His last job was downtown in an upmarket restaurant. “Most of my friends lost their jobs because restaurants closed from Covid 19,” he says.

“Who pays for the food, rent, electricity, telephones and internet?” he demands. “Where is the money for the Lebanese people? In the banks. Banks don’t care for us. Not a good government, not a good country!”

Samaha lives with his wife and two sons in the hotel. Their traditional Lebanese house was flattened when last August’s port explosion devastated nearby neighbourhoods. “We started reconstruction from zero,” he says. As his workers are in a hurry to be paid in scarce dollars, the house should be ready this month.

Samaha’s hotel, which has been badly affected by the pandemic in addition to the country’s economic crisis, is 40 per cent occupied. “Most guests are staying for months. We have no foreigners and no NGOs.”

Abdullah had his salary cut because unemployed members cannot pay dues and his wife’s public sector pay has shrunk.

The economic situation and the pandemic closed many small businesses, especially in the food and furniture industries. “There are a lot of unemployed and those who continue to work receive between 50 and 75 per cent of their wages,” he says, in depreciated Lebanese pounds. Last year some received financial help but not this year.

Of Lebanon’s protest movement, he says: “We were one of the first associations in the streets because the situation is worst for workers, especially women.”

He dismisses efforts to form a new government by politicians responsible for the crisis. “We struggle for a new kind of government, a government of experts and honest people which will develop a plan for economic and social reconstruction and prosecute those who have stolen public funds.”