Jarrah: Aoun acting as a dictator in cabinet formation 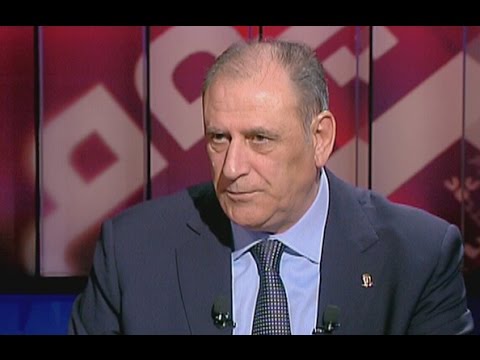 Former Minister Jamal Jarrah said President Michel Aoun, does not want a process of consultation between him and PM designate Saad Hariri.

Al-Jarrah warned in an interview with “Spot Shot” Aoun’s action is a clear attempt to elimination the role of PM designate in the process of forming the government, and this matter must not be accepted by anyone, because this is a clear and brazen violation of the constitution . Aoun in this case is not acting as an elected President of the republic , he is acting as is a dictator”

He pointed out that ” Aoun was sincere when he announced that we were going to Hell, and he committed himself to his words, and he is determined to take the Lebanese to that place.”

He added “If there is an effort to delegitimize the mandate of the Prime Minister through the Parliament, then we must equality delegitimize the legitimacy of the President of the Republic, because both position are voted for by the parliament . “

Jarrah stressed that it has become become very clear that all Aoun wanted to do during his reign is to make sure that his son-in-law Gebran Bassil replaces him as the President of the Republic, and here is the great disaster.