Jumblatt meets Aoun, calls for a settlement on the cabinet 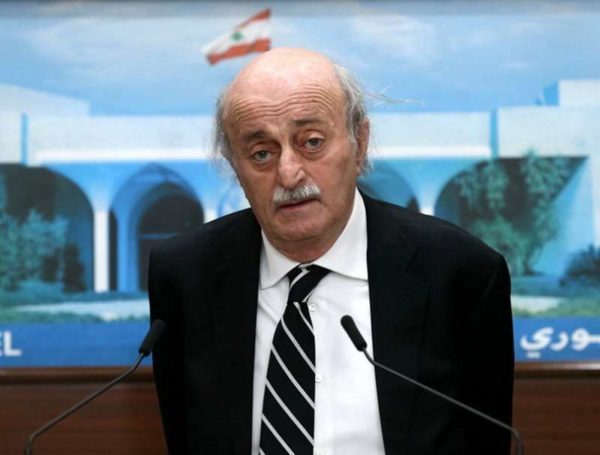 Following the meeting, Jumblatt said: “In the Lebanese Consensual system , the most important is reaching a compromise. No one can eliminate the other regardless of the circumstances. As we have reached this state of absolute stalemate in the midst of an economic collapse, hunger and Corona I think that a settlement is necessary, and this talk is not directed at anyone. This is my own opinion, and I have not been sent by anyone President Aoun’s invitation was an opportunity to make this call today. “

He added, “As for how the compromise will be, the numbers are no longer important in my opinion, because the country’s problems are above all numbers . You have seen me meeting ambassadors of several countries, and let m e assure you that no one is interested in Lebanon. No one therefore should wait for anything from any country.” We are only counting on whatever remained of a French initiative. As for the others, we cannot ask them for more attention if we remain in this situation. ”

Jumblatt added, “I have defined my mission, and the discussion was clear and frank with President Aoun. The main concern has always been and will remain the relations between the Free Patriotic Movement and the Progressive Socialist Party . Everyone bears responsibility and a mechanism must be put in place to get out of the tension, because the country’s problems are greater. “

Asked if he called for a meeting between Prime Minister Designate Saad Hariri and MP Gebran Bassil , he replied: “This was the advice of the French envoy, Patrick Dorrell, when we saw him last months ago.”

In response to a question about the share of the Druze community in the government , he replied: “I do not have a Druze demand.” asked if if the settlement requires a national dialogue, he said: “What will we talk about? Are we going to start again with the national dialogue, and discuss matters that cannot be resolved. We know what the problems are : the Corona , the economic situation, controlling the borders, controlling the dollar exchange rate , which went up to 15 thousand and “miraculously” dropped down 10 thousand… very strange. “

Regarding Nasrallah’s proposal to form a techno-political government, he said: “Let us stick with the settlement I am proposing”

Jumblatt’s visit came two days before Aoun is set to meet Hariri for crucial talks on the formation of a government whose mission would be to halt the economic and financial collapse.

The two leaders could not so far reach an agreement over the size of the Cabinet, distribution of portfolios, identity of ministers and whether any side can have veto power on government decisions.

The French initiative, adopted by Hariri, calls for a mission Cabinet of nonpartisan specialists that would adopt financial and economic reforms, reach a deal with the International Monetary Fund and fight corruption.

Jumblatt and Aoun were not even on talking terms prior to the this meeting. According to Lebanese File Chouf MP , Dr. Farid Al-Bustani, was the one who arranged for the meeting between them .