Doctors flee crisis-hit Lebanon where they are desperately needed 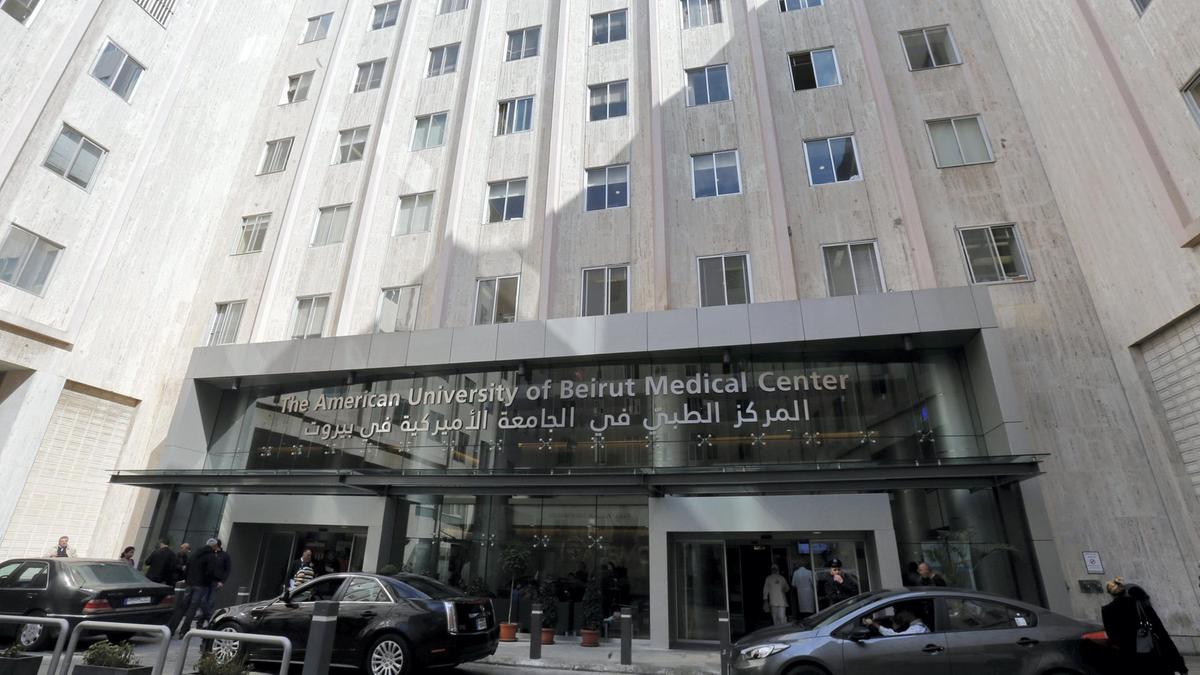 File photo of the American University of Beirut Medical center , one of the most respected medical establishment in the Middle East . Doctors warn a country once dubbed “the hospital of the Arab world” is haemorrhaging its best and brightest. They see no future for themselves or their children . The worst part: “This time many are leaving for good “
Share:

US-trained emergency doctor Nour al-Jalbout wanted desperately to serve her fellow Lebanese, but less than two years after returning home she says the country’s catastrophes are forcing her to leave.

“I gave everything I had to Lebanon for these two years, but Lebanon is not giving back,” she says, her eyes welling up above three face masks, inside a top Beirut hospital.

“So I applied for immigration to the US,” she said, to take up a job offer at Harvard.

As soon as her visa is approved, she will join hundreds of doctors who are fleeing Lebanon’s political and economic crises, even during a pandemic.

Doctors warn a country once dubbed “the hospital of the Arab world” is haemorrhaging its best and brightest.

Hair tied back into a floral surgeon’s cap, the 32-year-old medic rushes around the bustling emergency department at the American University of Beirut Medical Center.

Her white coat streaked with blood from treating one patient’s gunshot wounds, she holds up an X-ray to understand the pain of another visiting from a nearby Arab country.

In the corridor between the emergency and coronavirus wards under her watch, trainee doctors repeatedly approach her for a second opinion.

The decision to leave, she says, “eats you up every day”.

But “you’re doing what’s best for you and your kids if you want to have a family.”

Since starting work in September 2019, she has treated wounded protesters, witnessed economic freefall, fought a pandemic, and helped treat hundreds after a massive explosion in Beirut.

She was at the hospital on August 4 when hundreds of tonnes of fertiliser exploded at the port, killing more than 200 people and sending shockwaves through the capital.

“The ceiling fell on us,” she says, pausing between tears.

Up to 500 wounded streamed in, followed by desperate relatives looking for their loves ones.

Hours later, her husband told her their flat had been badly hit.

“Beirut is like opium,” says Jalbout, whose anaesthetist sister will also emigrate. “It’s so good, but it’s so bad for you.”

Lebanon’s worst economic crisis since the 1975-1990 civil war has hit even the top echelons of the population.

Doctors have seen their salaries or fees plummet in value, and their dollar savings trapped in the bank, all the while being overwhelmed by a deadly pandemic. Even basic medication has gone out of stock.

Many say they are far better off than most, but still see no future for their children.

Meanwhile, a deeply divided political class — accused by many on the street of being useless and corrupt — has for seven months been unable to form a government.

The head of the doctor’s syndicate, Charaf Abou Charaf, says 1,000 doctors have left since 2019, while a similar number of nurses have departed as well, according to their representative.

“If it continues like this, it’ll be catastrophic,” Abou Charaf said.

Many of those departing are specialist experts in their fields, and essential for both patient care and training the next generation.

They “are mostly aged 35 to 55, and form the backbone of the healthcare sector,” he said.

Many are going to work in the Gulf, and could one day return.

But others are heading to Europe, Australia and the United States, likely for good.

Abou Charaf said it was devastating to watch the brain drain.

“We paid to educate our children, and the West is plucking them up to benefit from them, when we are the ones who desperately need them,” he said.

The head of the parliamentary health committee, Assem Araji, has said the exodus was unprecedented — even worse than during the civil war.

“When I was a doctor training at the AUB (American University of Beirut) in the 1980s, the smell of death clung to the streets… but only very few doctors left,” he wrote on Twitter.

“The outflux of doctors today is not just due to economic reasons, but also despair at the political class.”

Psychiatrist Francois Kazour, 40, said he was moving to France with his wife, a dermatologist, and two young children.

The French-Lebanese doctor and university lecturer said his life was rooted in Lebanon.

“He have our home, our practices, we work at the hospital”, he said.

He too had wanted to raise his family in Lebanon, but next month he and his wife will start the long process to convert their Lebanese qualifications to settle in France for good.

“We feel like there’s no end in sight,” he said.