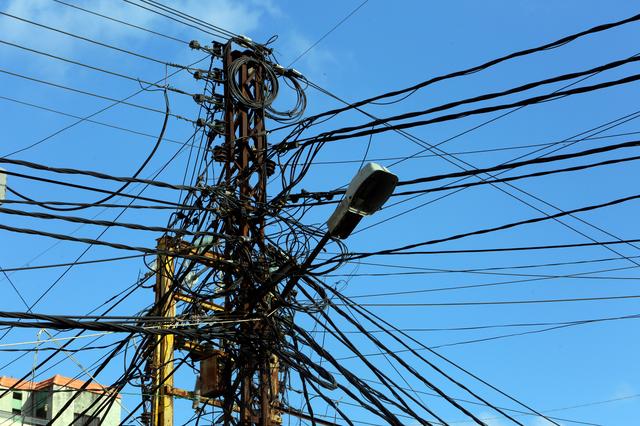 “The energy ministry must work immediately to reduce its expenses, increase revenues, and explore other methods for power generation including solar energy, so as to solve the chronic crisis of electricity in Lebanon,” Patrick Mardini, president of Lebanese Institute for Market Studies, told Xinhua.

Mardini’s remarks came days after Lebanese Caretaker Energy Minister Raymond Ghajar warned the country would plunge into total darkness at the end of the month if no money was secured to buy fuel for power stations.

Ghajar asked for 1 billion U.S. dollars to purchase fuel and operate the country’s power plants. On Tuesday, the parliament approved 200 million dollars for the energy ministry to secure part of the fuel amid objections by some political parties.

The electricity sector costs Lebanon around 40 percent of the 95.6 billion U.S. dollars of its public debt since 1990.

Lebanon needs to produce a total of 3,562 megawatt-hours (MWh) of electricity to cover the whole country for 24 hours while it currently produces 2,334 MWh, including 400 MWh from two floating Turkish power plants at a cost of around 200 million U.S. dollars annually.

Power generation today stands at 12 hours a day ( at best , some areas get 2 hours a day ) and people resort to using private generators to secure electricity for the rest of the day.

Meanwhile, only a few out of a total of 10 power plants in the country are operational while others were halted due to a lack of funds.

Mardini called for reforming the sector by “halting the use of Turkish ships, and stopping buying spot fuel which is sold at a retail price, and launching a tender to replace Sonatrach which used to sell fuel to Lebanon at a wholesale price.”

Mardini added that Electricite Du Liban (EDL), the state electricity producer, can increase its revenues with a better collection of bills while charging a higher price for electricity which is still priced according to the oil price.

“All of these measures, in addition to others, can secure up to 18 hours of electricity a day,” he said.

But to reach 24 hours of electricity, Mardini suggests using solar energy since Lebanon has 300 sunny days per year.

Mardini also noted that the sector can be opened to the private sector.

However, MP Faisal Al-Sayegh, who is also a member of the parliament’s public works, transport, energy and water committee, told Xinhua that the private sector will not get involved in Lebanon’s electricity crisis since the country defaulted on its sovereign debt.

“In my opinion, banks will not be willing to finance private companies with millions of dollars for them to generate electricity in Lebanon,” Sayegh said.

Sayegh believes that the immediate and only solution to the electricity crisis is the formation of a new cabinet that would resume talks with the International Monetary Fund to unlock funds by the international community.