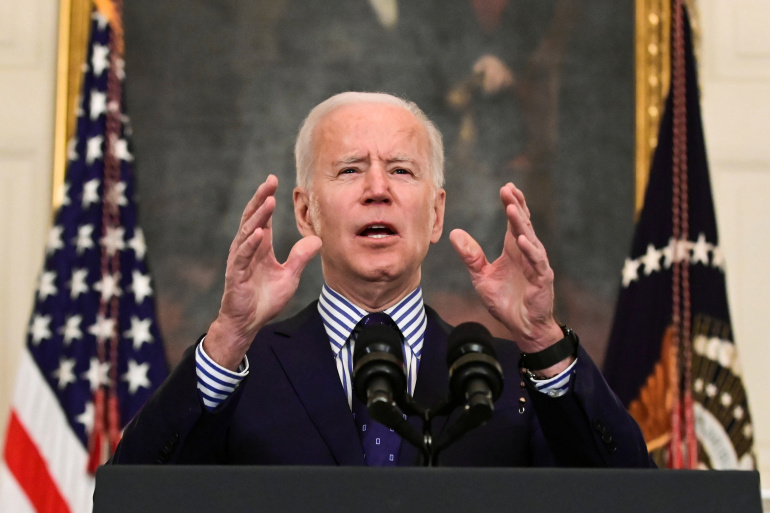 The Senate passed President Joe Biden’s $1.9 trillion stimulus package on Saturday, sending the amended bill back for a vote in the House followed by the president signing the legislation.

The Democratic-controlled Senate voted 50-to-49 to pass the “American Rescue Plan” through reconciliation. Because some provisions were amended in the Senate, the legislation must go back to the House that passed an earlier version of it last week.

“When Democrats assumed the majority in this chamber, we promised to pass legislation to rescue our people from the depths of the pandemic and bring our economy and our country roaring back,” Senate Majority Leader Chuck Schumer (D-NY) said from the Senate floor before the vote. “In a few moments, we are going to deliver on that promise.”

The legislation got support from the entire Democratic caucus in the Senate. No Republican Senators voted for the legislation. Sen. Dan Sullivan (R-AK) was not present for the vote.

“We could have worked together,” Senate Minority Leader Mitch McConnell (R-KY) said from the Senate floor before the vote. “Our Democratic colleagues made a decision their top priority wasn’t pandemic relief, it was a Washington wish list.”

While the House version of the bill included a minimum wage increase to $15, the provision wasn’t included in the final version the Senate voted on after the chamber’s parliamentarian ruled that the measure can’t be passed using the budget reconciliation process.

What’s in the bill?

The legislation includes stimulus payments, the extension of key unemployment programs that are set to lapse in the spring, aid to small businesses, around $350 billion to state and local governments, an increase in tax credits for low- and middle-income families, and $160 billion for a national program on vaccination and testing.

The newly added tax exemption for the first $10,200 of unemployment benefits would be applicable for the 2020 tax year and would apply to households making up to $150,000.

The plan also would improve the Child Tax Credit (CTC), making it refundable and worth up to $3,000 per child — or $3,600 for a child under 6 — for 2021. The provision also allows American families to receive periodic payments for the credit for one year beginning in July. The eligibility requirements for the Earned Income Tax Credit (EITC) would also be expanded under the proposal.

The plan would also put in place a federal moratorium on evictions and foreclosures until the end of September and would allocate billions of dollars toward food insecurity.