Sethrida Geagea: We are waiting for Aoun to take historic resignation move 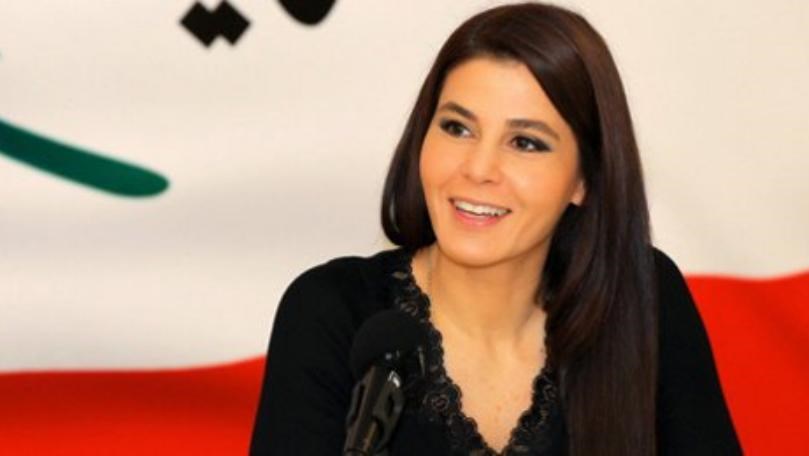 Lebanese Forces lawmaker Sethrida Geagea has said that forcing President Michel Aoun’s resignation through street protests is “an unconstitutional move” but that the LF was waiting for him to take a historic step to resign.

“We are waiting for the president to take the historic stance of resigning and calling for early elections,” Geagea told Asharq Al-Awsat in an interview published Saturday.

“We believe in the state and its institutions … Bringing the president down through street protests is an unconstitutional and illegitimate move,” she said.

Asked about the LF’s ties with Prime Minister-designate Saad Hariri, the lawmaker, who is the wife of LF leader Samir Geagea, told the newspaper that the improvement of relations between the two sides hinged on a change in some of Hariri’s stances.

“Restoring (of ties) hinges on him and his stances from essential issues such as running the state, governance, fighting corruption, approving reforms and others,” she said.

On Maronite Patriarch Beshara al-Rai’s call for political parties to submit their vision for an improvement in the Lebanese political system, she hailed the move as essential for the coming stage. Yet she stressed that the state should have sovereignty across all Lebanese territories before talking about any change in the system.

Thousands of Lebanese rallied at the seat of the Maronite church in Bkirki last Saturday in support of the patriarch who has called for a UN-sponsored international conference in the face of Lebanon’s economic collapse and political impasse.

Rai wants Lebanese parties to present their vision on what needs to be changed in the political system, in order to submit it to the UN.

“There shouldn’t be any illegitimate arms,” Geagea said in reference to Hezbollah. “The state should restore its strategic decision on peace and war.”

“We can’t discuss a matter as important as a change in the system at a time when a certain Lebanese party manipulates the state’s strategic decisions,” she added.

Hezbollah last week slammed al-Rai’s proposal for an international conference on Lebanon, saying it would open the door to foreign interference.

But Geagea said: “We remain fully committed to Bkirki’s plans and we always back the patriarch.”

Asked if her husband is a candidate for the presidency, the lawmaker said that the LF’s main interest currently lies in “salvaging the Republic … because we are in a state of total collapse.”

“We will discuss about the candidacy for the presidency after we succeed in our mission.”