Carlos Ghosn: My escape from Japan was a choice between life and death 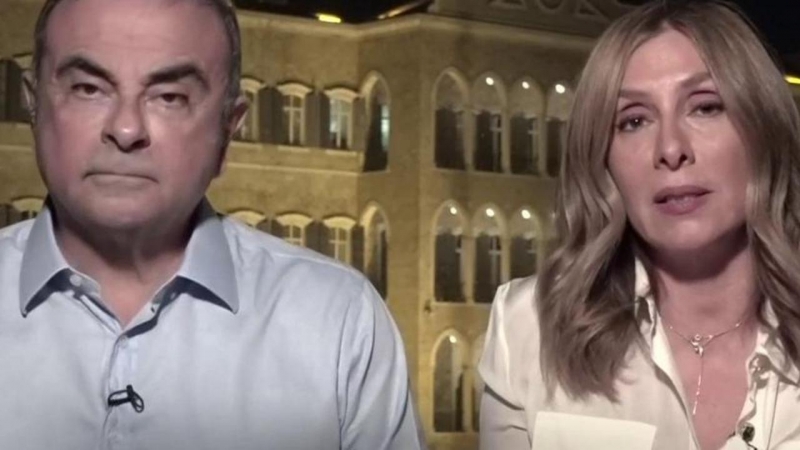 Carlos Ghosn and his wife Carole on LCI TV as gusts of David Pujadas
Share:

Carlos Ghosn and his wife Carole were on February 3, the guests of David Pujadas on LCI, on the occasion of the release of a book retracing their “year in hell”.

“I had the choice between life and death, I didn’t hesitate.” Invited this Wednesday evening on LCI with his wife, Carlos Ghosn returned to his months of pre-trial detention in Japan pending trial, then his flight in December 2019.

Asked about his state of mind when fleeing the country where he was awaiting trial, the former boss of Renault-Nissan assured that he was not afraid. “When one engages in an operation with great risks (…) you are not afraid. Because the fear, it haunts you at the moment of the decision. Once it has started, you are concentrated”, Carlos Ghosn explained.

Carlos Ghosn has “no regrets”

Carlos Ghosn compared his fate to that of the hero of an Alan Parker film, released in 1978: “It reminded me of a movie I had seen in my youth: Midnight Express. I never thought that I would have similar feelings. The film tells the story of an American imprisoned in Turkey for a drug case. He talks about how he was treated and how he left Turkey. That feeling when you leave Turkey. place where you were imprisoned. In my case, place which I left with conviction, because I know that I am innocent. “

A choice between life and death

The former leader, who has “no regrets”, adds concerning his escape: “Failure was death. I was already in a slow death, it would have been a hasty death in this case ( …) I had the choice between life and death, I didn’t hesitate. “

Asked about the Japanese judicial system, Carlos Ghosn believes that it is a “trickery”. “I’m only illustrating one case among many, but let’s not forget that there are thousands of people who undergo this system.”

Asked about his possible desire for revenge, Ghosn who lives in Beirut assures us: “You cannot fight against States, against companies, with all the means at their disposal (…) I lead my life, I have a program at university, I’m rebuilding my life. I have a freedom that I haven’t had in thirty years. ” Will his future be in politics? “No, not at all,” said Carlos Ghosn. Regarding a return to France, that seems inconceivable to him: “Knowing the behavior of Japan (…) I will not take this risk.”