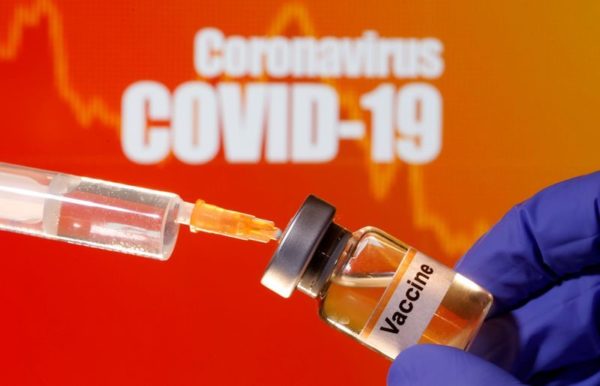 Former President Donald Trump on Tuesday encouraged his Republican supporters — one of the main groups resistant to Covid-19 vaccines — to get their shots. “It’s a great vaccine, it’s a safe vaccine and it’s something that works.” He said
Share:

BEIRUT – China will donate 50,000 shots of its Sinopharm vaccine to Lebanon, its ambassador tweeted on Monday as the crisis-hit country fights a COVID-19 outbreak that has killed nearly 4,700 people.

Lebanon, deep in the throes of a financial crisis, launched its inoculation drive last month after receiving its first shots of the Pfizer-BioNTech vaccine with aid from the World Bank.

The committee has been tasked with discussing the registration of vaccines submitted by the private sector.

Following the EUA, private companies can now sell the vaccine in the Lebanese market according to applicable regulations.

The decision was taken in a meeting chaired by Hassan and attended by the committee’s members — Dr. Abdul Rahman al-Bizri, Dr. Maroun Zoghbi, Dr. Rony al-Zaani, Dr. Thuraya Dumyati, the representative of the Lebanese University Dr. Nazih Abu Chahine and the head of the pharmacy dept. at the Health Ministry, Dr. Colette Reaidi.

The Ministry had granted emergency use authorization for the Russian vaccine Sputnik V on February 5.

Lebanon’s national vaccination campaign began Feb. 14 and has been criticized as too slow and riddled by violations.