Patriarch Rai: We need an Int’l conference because we cannot understand each other 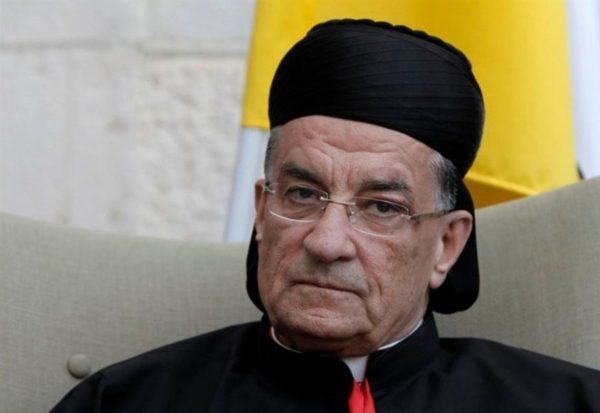 “When we were living in neutrality, Lebanon witnessed prosperity and progress; we lost everything when we were forced not to remain neutral,” Maronite Patriarch Bechara Al-Rai reiterated on Thursday during his call for an international conference on Lebanon
Share:

Bkirki- Maronite Patriarch Bechara Al-Rai reiterated on Thursday that his proposal to hold an international conference on Lebanon came “after we reached a place where we cannot understand each other.”

He called on all Lebanese sides to “put together a paper about the problem in Lebanon, to present it to the United Nations without referring to any country.

Rai’s comments came during a meeting with delegations from political figures, who voiced their support to his initiative and called for the formation of a wide national front that would work to achieve “positive neutrality” and the implementation of resolutions of international legitimacy pertaining to Lebanon.

“When we were living in neutrality, Lebanon witnessed prosperity and progress; we lost everything when we were forced not to remain neutral,” he stated.

The patriarch continued: “We have to diagnose our illness and present our suffering on the basis of three constants, which are the National Accord Document, the Constitution and the Charter. All internal disputes today are because of external interference.”

A delegation from the Free Patriotic Movement (FPM) also visited Bkerki on Thursday. The visit, which was described by FPM MP Georges Atallah as “good”, was remarkable in terms of form and timing.

“Three basic issues were discussed, namely the government, the FPM letter to the Vatican, in addition to Rai’s call for an international conference on Lebanon,” Atallah said.

The head of the FPM, former Minister Gebran Bassil, did not participate in the two recent visits made by the movement to Bkerki. Bassil, who did not openly express his support to the patriarch’s initiative, contacted Rai by phone on Thursday.

Despite the positive atmosphere that surrounded the FPM’s meeting in Bkerki, sources in the Lebanese Forces told Asharq Al-Awsat that the FPM’s move was aimed at maintaining formalities, because a clash between the two sides would negatively affect the Christian street.

The sources said the FPM disagrees with the Patriarch, whether in his proposal for Lebanon’s “positive neutrality” or his call for an international conference.

But these explanations were described by Atallah as “political entertainment”.

“We were the first to visit the Patriarch, and the rest followed us,” he said.