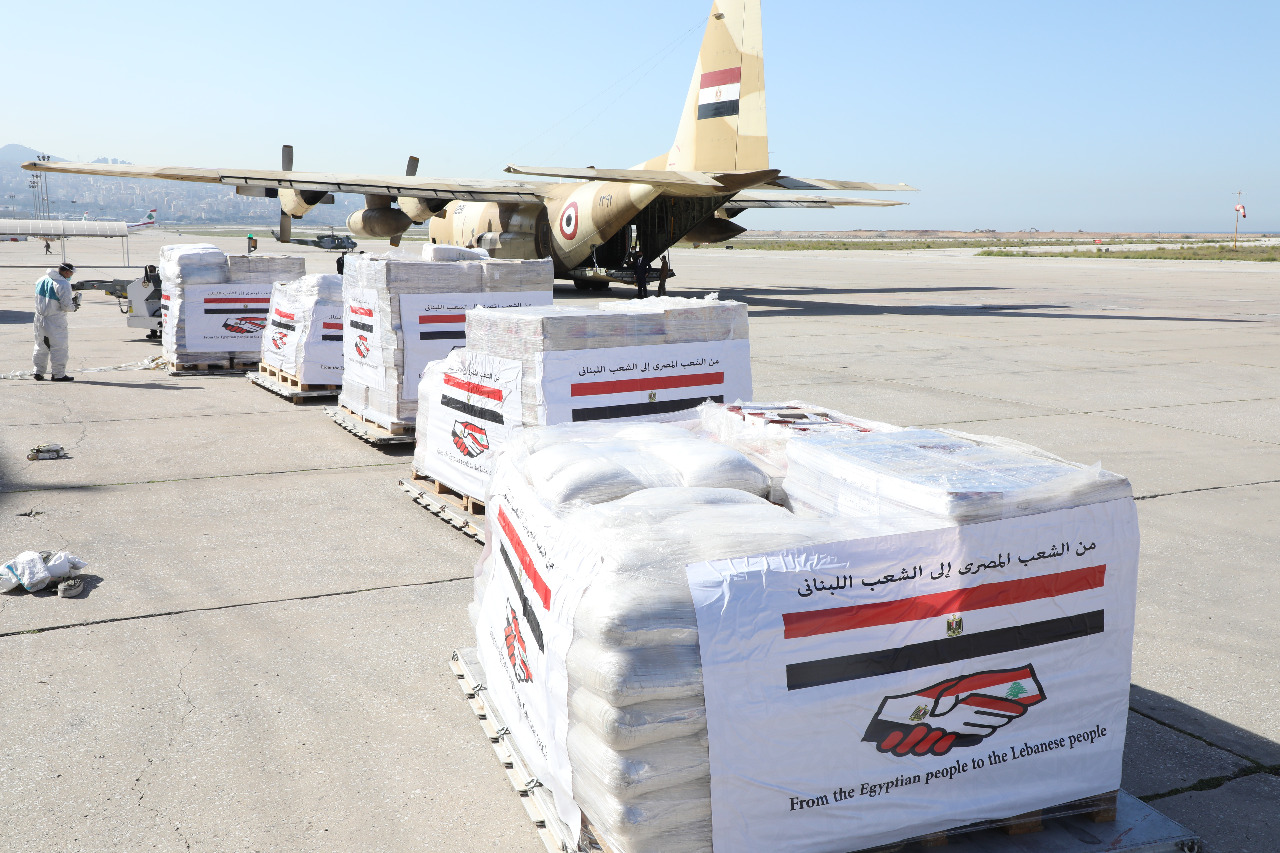 Medical and food aid from the Egyptian people to the Lebanese people
Share:

BEIRUT – Egypt sent a plane loaded with medical and food supplies to the Lebanese people on Thursday, within the framework of the Egyptian air bridge to support and assist Lebanon, according to a statement from the Lebanese Ministry of National Defense.

“On behalf of the Lebanese government and the Lebanese army, we thank the Egyptian President Abdel Fattah El-Sisi,” said Lebanese Minister of National Defense in the caretaker government, Zeina Akar, who was attending the reception of the shipment at Beirut-Rafic Hariri International Airport. “Medical and humanitarian aid that arrived from Egypt to Lebanon after the Beirut explosion on August 4, 2020, extremely eased people’s pain, especially in these difficult times in which we live,” she added.

Egyptian ambassador to Lebanon Yasser Elwi said that this batch was specifically provided to the Lebanese army, adding that it includes ten tons of medical and medicine, in addition to about five tons of food.

Late January 2021, three Egyptian military jets landed in Beirut-Rafiq Hariri International Airport carrying aid embodied in medicines, medical equipment and devices as well as baby formula. The shipment consists of 16,000 tons of baby formula, and 15,000 tons of face masks, gloves, goggles, gowns, and others. That is in addition to 7.6 tons of medical devices.  Egypt had also established a field hospital after the 2006 Israel-Hezbollah War. The hospital has offered medical services to 100,000 Lebanese, including free medicines and treatment, according to previous statements by Egyptian Miniter of Health Hala Zaid.