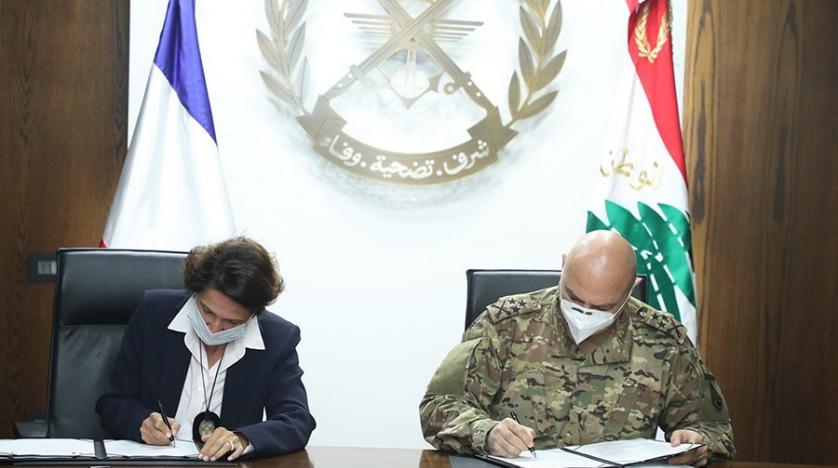 Beirut and Paris signed on Monday three defense agreements in the framework of a joint cooperation plan between the Lebanese and French armies.

The French Embassy said in a statement that the first agreement is related to France’s funding to build a joint maritime rescue center in Beirut’s naval base.

“This project is the heart of bilateral maritime cooperation and will enable Lebanon to obtain a naval force capable of exercising full sovereignty over its territorial waters and providing assistance to boats of refugees at risk,” it said.

The second deal is the basis for establishing a military-dog-training center and is part of a program to develop the Lebanese army’s capabilities, implemented by Paris since 2017.

As for the third agreement, it concerns donating equipment for mountain warfare, with the goal of enhancing the army’s capabilities to fight in rough terrain.

On Monday, Aoun and Grillo held a meeting with members of the work team tasked with implementing an exercise on crisis management, at the Fouad Shehab Command and Staff College.

Aoun hailed France’s support to the Lebanese army to develop its capabilities, in terms of equipment and training, noting that military assistance provided by friendly countries reflects confidence in the performance of the military institution.

Since 2017, Paris has supplied Lebanon with military equipment worth 60 million euros and has completed the training of hundreds of soldiers in France and Lebanon.