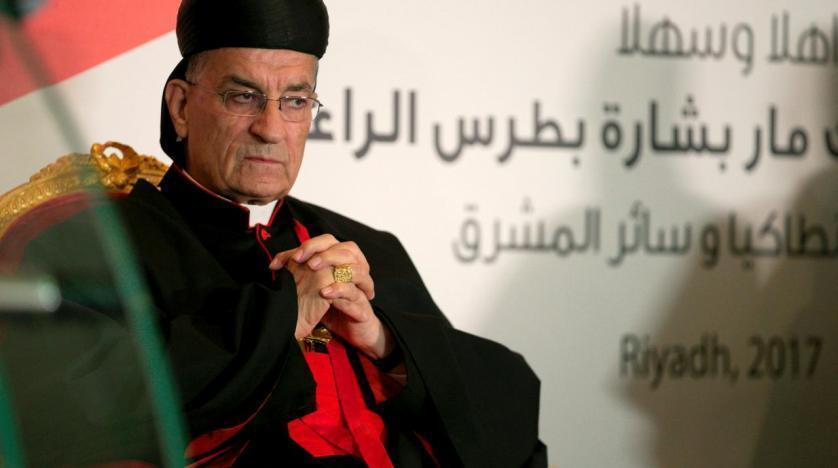 Maronite Patriarch Bechara Boutros al-Rahi was made a Cardinal by Pope Benedict XVI in a consistory on 24 November 2012.
Share:

Lebanon’s Maronite Patriarch Bechara Al-Rai called on Sunday for an UN-sponsored international conference on Lebanon to protect the 1989 Taef Agreement that helped end the civil war and divided power among rival factions.

“The conference’s objective would be to revive Lebanon through immunizing the Document of National Accord issued by the Taef Conference in 1989, and to implement its text and spirit and correct the obvious flaws in the constitution, that was amended according to it in 1990,” the Cardinal said during his Sunday mass ceremony.

He said an international conference for Lebanon would also aim to enable the Lebanese State to regain its life, vitality, positive neutrality, impartiality, and its role as a stabilizing factor in the region.

“Just as the Taef Agreement succeeded in ending the civil war, we hope that the international conference will reform and restore Lebanon to its previous era,” he noted.

According to Rai, the conference aims to produce a state that is unified with its people, land, legitimacy, decision, institutions, and constitution.

“A strong state that would build its peace according to its national interest and the right of its people to secure living, not the interests of other countries,” he explained.

The Patriarch also called on Lebanese officials to keep the judicial body away from the vicious circle of polarization and political polemic. “We wish that the judiciary, which was one of Lebanon’s platforms to escape from the hand of politicians and influential people, so that its formations would not remain frozen, its rulings would not be postponed, nor would it be a tool for malicious accusations,” Rai said.

He considered that replacing Judge Fadi Sawan with a new judicial investigator to look into the August 4 Beirut port explosion case takes investigations back to square one and proves the need for cooperation with international investigators.

Several Lebanese leaders criticized the firing of Judge Sawwan and saw it as the end of the probe of the massive August 4th explosion of the Beirut port that killed 211 and injured 6500 after 2,750 Tonnes of Ammonium Nitrate Exploded . They were stored there for nearly 7 years, reportedly for use by the Syrian regime in its barrel bombs.

The shipment was reportedly confiscated by Port’s customs official Badri Daher, a close supporter of President Michel Aoun and his son-in-law Gebran Bassil .

The shipment arrived at a time when Syria was surrendering its chemical weapons to a UN backed organization for destruction . Aoun knew about the Ammonium Nitrate 2 weeks before the explosion but did nothing about it .

He , along with his Hezbollah allies refused an international investigation but promised a local investigation that will bring the culprits to justice in less than a week . Judge Fadi Sawan was appointed months later to investigate the explosion . He charged caretaker PM Hassan Diab , former finance minister Ali Hassan Khalil, and former   public works ministers Ghazi Zeaiter and Youssef Finianos with negligence over the explosion .

The politicians behind the charged politicians attacked the judge and accused him of politicizing the issue. The investigation was halted for months and after it was reactivated Judge Sawan issued an arrest warrant for Finianos which prompted the Court of Sassation to remove the Judge .