Lebanese associate of Carlos the Jackal dies in Damascus hospital 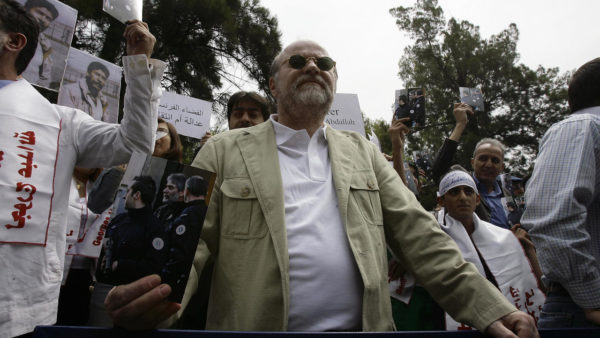 Lebanese militant Anis Naccache, an accomplice of the notorious Carlos the Jackal, died Monday of coronavirus in a Damascus hospital at the age of 70, Syrian state media said.

Naccache took part in the 1975 OPEC conference hostage-taking in Vienna.

Hailing him as a “thinker and freedom fighter”, the official SANA news agency said he was “admitted into intensive care two days ago… because his health deteriorated as a result of Covid-19”.

Authorities will repatriate his remains for burial in Lebanon, said the pro-Damascus Al-Mayadeen television channel.

Naccache was jailed in France for leading an attempted assassination of Iran’s former prime minister Shahpur Bakhtiar in Paris in 1980.

A five-man hit squad led by Naccache killed two people in the attack on Bakhtiar’s home in the western suburb of Neuilly-sur-Seine.

They were all jailed for life, but former president Francois Mitterrand pardoned them in 1990.

Naccache is known as the Lebanese accomplice of Carlos the Jackal, born Ilich Ramirez Sanchez, a Venezuelan who is serving a life sentence in France.

Carlos the Jackal shot to the front pages in 1975 when he headed the six-person commando team that held captive 70 representatives of OPEC (the Organisation of Petroleum Exporting Countries), including 11 government ministers, after a shoot-out that left three people dead.

Naccache was the second in command.

In recent years, Naccache, a vocal supporter of Syrian President Bashar al-Assad, regularly appeared as a commentator on pro-Iranian media platforms such as Al-Mayadeen and Al-Manar, a Lebanese television channel operated by the Shiite Hezbollah movement.

He also “played until the mid-1990s an important coordination role between the leadership of the Palestinian resistance and that of the Islamic revolution in Iran”, SANA said.