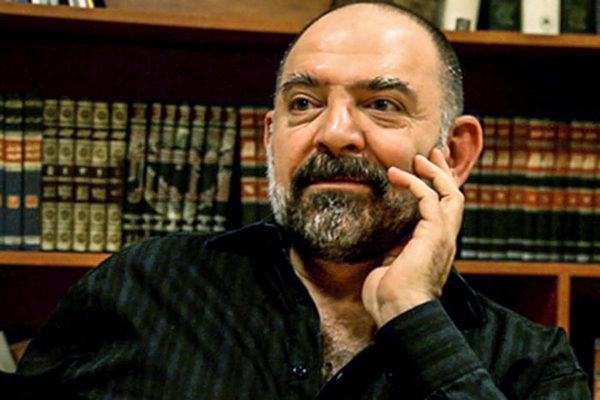 The Biden administration and the French government must draw clear red lines, or the group will escalate its campaign of terror.

The assassination of the Lebanese activist and writer Lokman Slim—who was openly critical of Hezbollah—was in the making for years. His killer pulled the trigger earlier this month because the timing at home and abroad was convenient for his assassins, who wanted to send a message.

It has always been a matter of time. Hezbollah’s critics—including myself—always felt the shadows following. You have to go about your daily life constantly looking over your shoulder, checking under your car for a bomb every time you leave your house, and feeling your heart sink deeper each time your children’s school bus is late. We always knew we were being followed and monitored. Slim refused to live his life in these shadows, but he was not careless.

When I decided to leave Lebanon for good in 2016, after receiving similar threats, Slim encouraged me to do so. He refused to leave but did not expect me to do the same because he also knew that not everyone could afford to make the same sacrifices. His motto—“Zero Fear”—which has taken over Lebanon’s social media scene recently, is not a requirement; it’s a choice and a very calculated one.

Slim was threatened directly and repeatedly by Hezbollah, and he himself wrote a statement last year holding the party responsible for any action that would harm him or his family. He was assassinated in the south of Lebanon—a Hezbollah stronghold—a mile away from a U.N. compound. Most importantly, he was killed in a way that would send a clear message to other activists and to the international community. If Hezbollah’s leaders only wanted to get rid of Slim, they could have easily made it look like a car accident or a robbery, and thereby avoid the blame, but they wanted to send a message to others while testing the limits of the international community.

A new administration is taking shape in Washington, but it is not finalized; key Middle East posts that will deal with Lebanon and Hezbollah remain unfilled. In addition, there have been signs that the Middle East is not at the top of the Biden administration’s foreign-policy agenda and that the Lebanon dossier could be allocated to French President Emmanuel Macron.

Hezbollah and its Iranian sponsors have established a pattern of testing any new U.S. administration. Four years ago, they tested the Trump administration in Syria when the Assad regime used chemical weapons against civilians at Khan Sheikhoun in 2017 and then the pro-Iran militias used armed drones against the U.S.-British garrison near the border town of Tanf. These tests were met with force, and Iran and its proxies got the message.

Slim’s assassination sends a message to local critics and activists, but it could also be a way to test the limits of the international community—to see when and how the Biden administration would draw its red lines. Many of Slim’s fellow activists are today worried that Hezbollah might start a new wave of assassinations, similar to the ones that followed the 2005 killing of former Prime Minister Rafik Hariri and which only stopped when Hezbollah took control of state institutions in 2008.

In Lebanon, Hezbollah currently faces a number of challenges. The 2019 October protests that marked the collapse of Lebanon’s economy, and then last year’s Beirut explosion, have put Hezbollah in an uncomfortable position domestically.

Slim was at the core of the 2019 protests and much of the activism that followed. He established the Hub, which carried out panels, discussions, and debates in the middle of the protests’ base in Beirut’s city center. In December 2019, Hezbollah burned the tent that hosted the Hub and threatened him and his colleagues. A group of pro-Hezbollah protesters gathered in front of his house in the southern suburbs of Beirut, painting slogans on the walls reading: “Lokman Slim is a traitor and infiltrator,” “Hezbollah is the honor of the nation,” and “Glory to the silencer.”

Although the protests subsided without achieving the desired change and accountability, they did plant the seeds for possible change in the long run. Hezbollah’s corrupt allies—such as Speaker of the Parliament Nabih Berri, President Michel Aoun, and his son-in-law Gebran Bassil, the leader of the Free Patriotic Movement—were the initial targets of the protesters. Although they are still in power, the popular base they used to enjoy has indeed shrunk.

After the Beirut blast in August 2020, the protests returned to the city’s streets, but this time around, Hezbollah was directly targeted. Protesters set up symbolic nooses in Beirut’s central Martyrs’ Square to hang cardboard cutouts of politicians they believed responsible for the destruction and death caused by the blast, including one of the party’s leader, Hassan Nasrallah, himself—a sight no one in Lebanon would’ve imagined could pass without dire repercussions. But it did pass, probably because of the magnitude of the tragedy.

This encouraged many Lebanese to begin criticizing Hezbollah publicly, and despite the security forces’ arrests and interrogation campaign against protesters, social media started overflowing with posts, memes, and videos that criticized and ridiculed Hezbollah and its allies.

Hezbollah knows what that means in the long run. Parliamentary elections are coming in May 2022, and based on the various university and union elections that took place in 2019 and 2020, Hezbollah, its allies, and all political parties in Lebanon are likely to lose a significant part of the Parliament.

Meanwhile, investigations into the Beirut Port explosion are ongoing. Although the local authorities have been purposefully slow and ineffective, some information from local and international sources and investigative reports indicate a link between three Syrian businessmen who backed Bashar al-Assad and a shell company that bought the explosives and stored them at the port in Beirut.

Slim stood at the heart of all these dynamics. Those who work with him closely know that he had been analyzing the links between the explosives hidden in the Beirut Port, Hezbollah, and the Syrian regime. In an interview last month, Slim accused Hezbollah of hiding the explosives in Beirut on behalf of the Syrian regime. “The Obama administration forced the Syrian regime to hand over its chemical weapons in October 2013. About a month later … the ship Rhosus carrying the ammonium nitrate arrived at the Beirut Port,” Slim stated. He believed that the timing was significant: In early 2014, the momentum of barrel bomb attacks in Syria rose significantly, especially those that contained ammonium nitrate.

Slim was not the first person to be assassinated with circumstantial links to the Beirut blast. Since the explosion, two others have been killed in mysterious circumstances. In early December, Col. Munir Abu Rjeili, who served in Lebanese Customs and led a division that counters overland smuggling, was found dead in his home. Later that month, Joe Bejjani, a telecommunications employee and freelance photographer, was shot in a similar manner. Local media reports said Bejjani was one of the first photographers who arrived at Beirut’s port to take pictures after the blast and that he had been working with foreign investigators.

Despite many direct threats, Slim refused to leave his home in the southern Beirut suburbs of Dahiyeh—a Hezbollah stronghold. He was last in Washington in early 2020, and when I expressed concerns about these threats, almost begging him to stay, he did not budge. In his eyes, the Shiite community was witnessing a kind of awakening and was finally seeing Hezbollah as a perpetrator, not a savior.

Slim’s work within the Shiite community was not a secret. He helped many young people understand, connect, and express themselves—without judgment and without fear. They trusted him and knew that the network he built within the community was too strong to be dissolved by killing him.

He knew that it would not be easy for Hezbollah to come back from its financial challenges, the loss of its allies, and the discontent of the Shiite community. He was at the core of the community’s discontent, and he was its voice. He formed groups of Shiite youth, businesspeople, intellectuals, and journalists. But most importantly, he helped break the barrier of fear within the community.

Slim knew that Hezbollah’s main weakness lies within its own community. Hezbollah knew this as well. The assassination of Slim is an indication that the group’s leaders will now double down on the Shiite discontent. Their arms will be used against the Shiite community, not for its protection. They want to silence opposition ahead of potential U.S.-Iran talks and ahead of the expected social unrest in Lebanon. Hezbollah today cannot afford another wave of protests in Lebanon, with even stronger anti-Iran rhetoric.

To protect those who are still fighting the fight in Lebanon, and make sure Slim’s achievements and breakthroughs within the Shiite community do not go to waste, the international community must draw very clear red lines. Compromises should not be made when Hezbollah’s weapons are pointed at the Lebanese people, and Washington should coordinate with Paris closely to make sure Macron’s upcoming visit to Lebanon offers stronger protection to activists and no compromises with the political class and its corrupt enablers.

Anti-corruption and terrorism sanctions should not stop but rather pick up pace and target a wider range of corrupt political figures from all sects and parties.

Hezbollah’s leaders only understand clear and firm actions. Slim was clear and firm, and it frightened them. Now is not the time to backpedal.

Hanin Ghaddar is the Friedmann fellow at the Washington Institute for Near East Policy’s Geduld Program on Arab Politics. Twitter: @haningdr