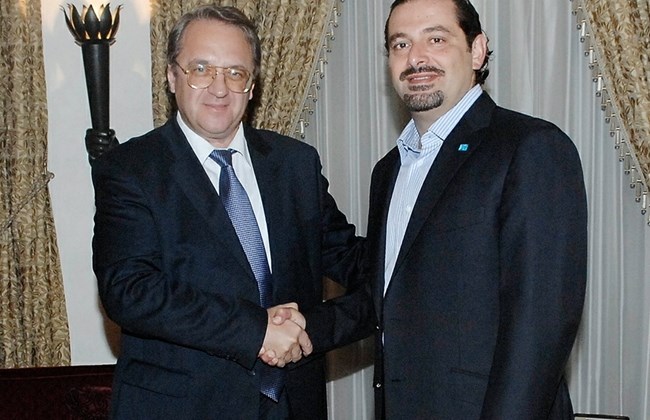 Russia’s special presidential representative for the Middle East and Africa, Deputy Foreign Minister Mikhail Bogdanov and Lebanese Prime Minister Saad Hariri held a telephone conversation on Monday to discuss ways of achieving a settlement of the socio-economic crisis in the country.

The two statesmen discussed the tasks of resolving the socio-economic crisis in Lebanon with a special emphasis on the need for prompt formation of a new effective government under Hariri, who gained a majority of votes in the Lebanese parliament and a corresponding mandate from Lebanese president Michel Aoun, the news release runs.

The two sides also discussed assistance to Lebanon in the struggle against the coronavirus, including the delivery of a batch of the vaccine Sputnik V to Beirut, the Russian Foreign Ministry said.

The statement added that Jumblatt received a phone call from Bogdanov and that the two men discussed the government formation in Lebanon.

Jumblatt reportedly accepted the invitation and plans to head to Moscow as soon as he gets the Covid-19 vaccine,