Biden starts off tough on Turkey, with rocky path ahead 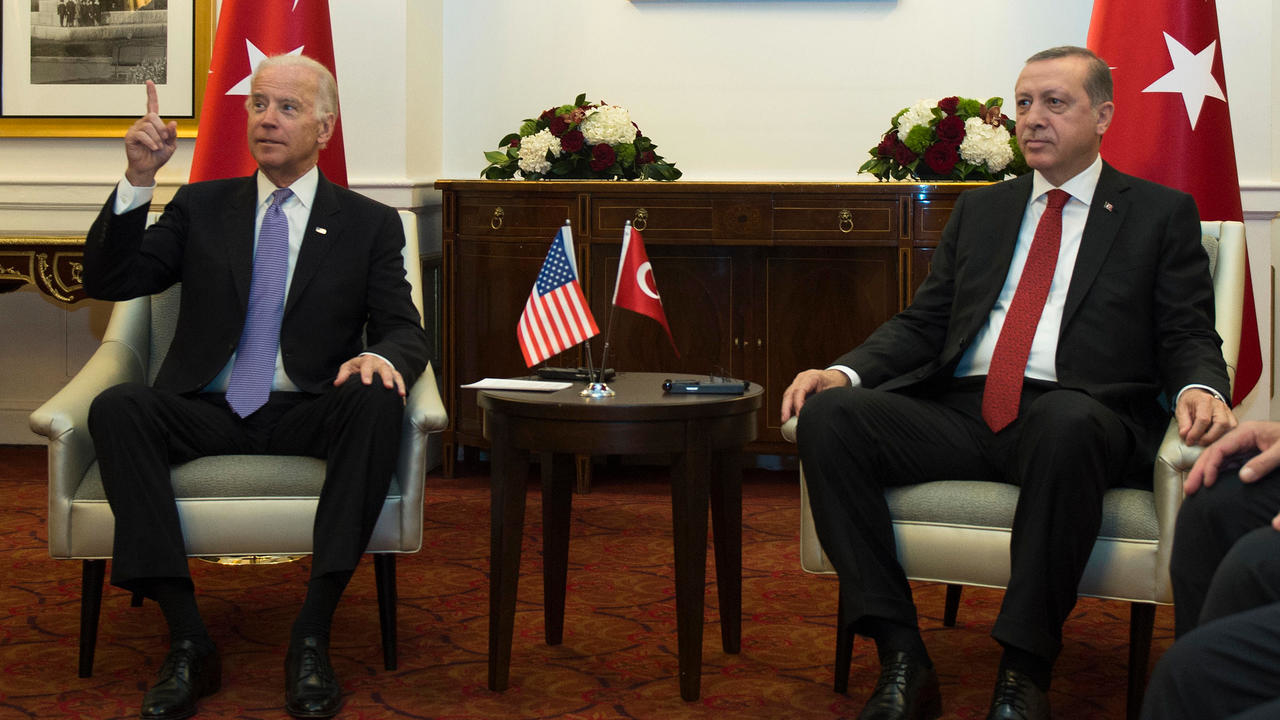 Joe Biden has opened his presidency by taking a visibly harder line on Turkey, with analysts expecting a rocky path ahead between the uneasy allies as their interests increasingly diverge.

Turkish President Recep Tayyip Erdogan, like many of the leaders who wooed Biden’s predecessor Donald Trump, is getting an early cold shoulder from Biden, who before being elected described the Islamist-aligned populist an autocrat and promised to empower the opposition.

Biden has not called Erdogan and the new administration has immediately rebuked Turkey, urging the release of prominent civil society leader Osman Kavala and criticizing homophobic rhetoric in a crackdown on student demonstrators.

The statements are in line with Biden’s vow to put a new priority on democracy promotion, but the United States and Turkey have plenty of other disputes likely to exacerbate tensions.

Erdogan defiantly bought Russia’s advanced S-400 missile system, brushing aside warnings that it was jeopardizing its role in the NATO alliance, leading Trump to impose narrow sanctions on the Turkish defense industry in the face of outrage in the US Congress.

And a New York court in May will start a trial of Turkey’s state-run Halkbank over allegedly evading sanctions on Iran, potentially inflicting a heavy economic blow on Turkey.

“Relations can improve for the better, but I think people will have to temper their expectations,” said Steven Cook, a senior fellow at the Council on Foreign Relations.

“Turkey and the United States have different interests and do not share values. The two countries can work together on some issues, but there is nothing that binds them together any longer.”

Gonul Tol, director of the Turkey program at the Washington-based Middle East Institute, said that the S-400s posed an especially knotty problem as Erdogan had cast the purchase in nationalist terms, saying Ankara was asserting independence.

But Erdogan, she said, is under pressure over a struggling economy and has an interest in avoiding more wide-ranging US sanctions if he moves further on the S-400s.

“I think he’s realizing that he’s very isolated in the region and that his whole anti-Western, anti-US rhetoric is not working for him,” Tol said.

After Biden took office, Turkey proposed a compromise in which it does not fully operate the S-400s, but the State Department insisted that its ally not “retain” the multibillion-dollar system that NATO fears will help Russia hone its ability to shoot down Western jets.

Yet Tol said that Biden, despite his emphasis on democracy, was also pragmatic. She pointed to his early stance on Russia in which the administration has been forthright on concerns but also extended the New START nuclear reduction treaty.

“I think there are several camps in the Biden administration and some might say, let’s see how Turkey behaves on issues critical to the US such as the S-400s, the Eastern Mediterranean and Nagorno-Karabakh,” she said, referring to heightened tension between Turkey and fellow NATO ally Greece and Ankara’s support for Azerbaijan’s offensive to retake land held by Armenia.

“If there is a sign that they can actually cooperate with Turkey on matters that are important to national security, then I think we could see a softer approach overall,” Tol said.

Secretary of State Antony Blinken in his confirmation hearing pointedly called Turkey “our so-called strategic partner,” although State Department spokesman Ned Price has since described Turkey as a “longstanding and valued NATO ally.”

“We seek cooperation on common priorities and, as with any ally, we engage in dialogue to address disagreements,” Price told reporters.

He pointed to shared interest in ending Syria’s civil war. But Syria has been a persistent source of friction since Biden’s former boss Barack Obama aligned with Kurdish fighters — linked to separatists inside Turkey — to defeat the Islamic State extremist group.

The Eurasia Group in an analysis said that both Turkey and the United States had an interest in improving ties but put a 60 percent probability on talks breaking down in the second half of 2021, most likely over the S-400s or Syria.

In an essay, Galip Dalay, a non-resident fellow at the Brookings Doha Center, expected US-Turkish tensions to fester, saying the two nations had different views on what resetting the relationship meant.

For Biden, he wrote, a reset means restoring a US-led liberal international order in which Turkey reverses its growing ties with Russia and a rising China.

But for Erdogan, “a reset means that the US would come to terms with the new geopolitical reality in Turkey’s neighborhood, including Turkey’s role in it.”