Hariri: No progress made on forming new Lebanon government 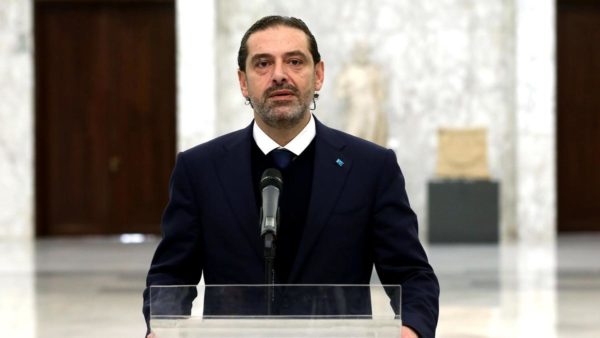 Baabda- Lebanon’s prime minister-designate Saad al-Hariri said on Friday that no progress had been made in talks to form a new government, after months of political wrangling.

Hariri dined this week with French President Emmanuel Macron, whose efforts have so far failed to rally Lebanese leaders to come together to tackle their country’s unprecedented financial crisis.

“There is no progress in forming the government,” Hariri told reporters after his first meeting with Lebanese President Michel Aoun in weeks.

MTV reported that Hariri presented a previous government format to Aoun without making any changes to it and the President returned it to Hariri saying “things can not work like that.”

Hariri is reportedly insisting on a cabinet of 18 independent experts that should be able to implement the reforms needed to rescue Lebanon from its financial crisis , while the Hezbollah backed Aoun is insisting on another cabinet that represents all the political parties like the failed so called “Hezbollah cabinet ” of caretaker PM Hassan Diab .