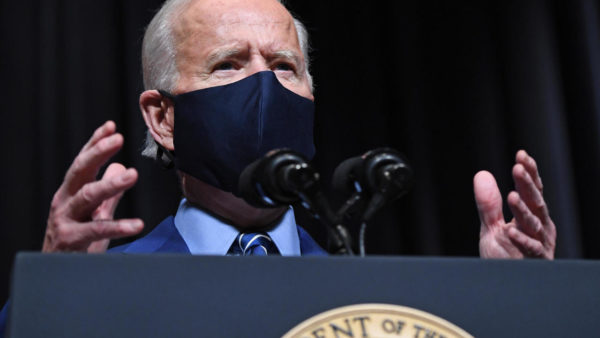 US President Joe Biden speaks during a visit to the National Institutes of Health (NIH) in Bethesda, Maryland, February 11, 2021 SAUL LOEB AFP
Share:

“Just this afternoon, we signed … final contracts for 100 million more Moderna and 100 million more Pfizer vaccines,” he said after touring the National Institutes of Health near Washington.

“We’re now on track to have enough supply for 300 million Americans by the end of July,” he added.

The administration announced it was seeking these deals last month, which increase the US vaccine supply by 50 percent.

The US immunizations campaign got off to a shaky start in December but has since improved: 44.8 million shots have now reached arms, and at least 33.7 million people have received one or more doses, roughly 10 percent of the population.

Thousands of pharmacies were taking appointments Thursday to begin administering shots the next day, while the federal government has also used emergency legislation to ramp up vaccine production, opened mass vaccine sites in stadiums, and has begun a separate program to reach underserved communities.