Qatar envoy: Lebanese leaders must form government to get aid 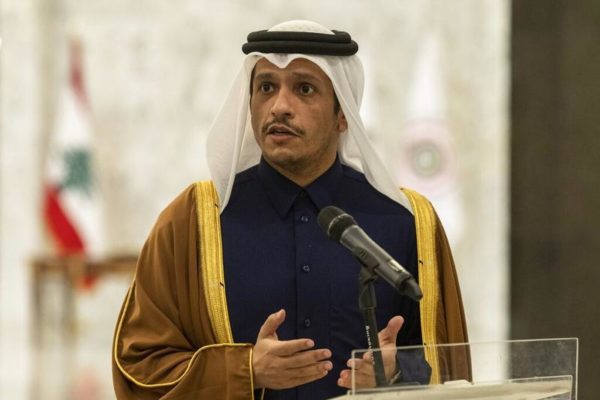 Visiting Qatari Foreign Minister Sheikh Mohammed bin Abdulrahman Al-Thani told Lebanese leaders that they must form government to get aid and that another Doha accord is not currently in the works
Share:

BEIRUT – The wealthy Gulf state of Qatar told Lebanese leaders on Tuesday they need to form a new government before they can get aid to pull the country from economic crisis.

Lebanon’s worst crisis since its 1975-1990 civil war has crashed the currency, paralyzed banks and pushed at least half the population into poverty.

Foreign donors who once came to the rescue have made clear they will not bail out the heavily indebted state without key reforms. Still, Lebanon’s wrangling politicians have failed to agree a new government, drawing rebuke from donors and warnings of “a social catastrophe” from U.N. agencies.

The outgoing cabinet serves in a caretaker role since resigning in August over public fury at the Beirut port blast that killed some 200 people and destroyed entire neighbourhoods.

“We carried a message…to urge all sides to put national interest first above other political interests to form a government,” Qatari Foreign Minister Sheikh Mohammed bin Abdulrahman Al-Thani, on a visit to Lebanon, told reporters at the presidential palace on Tuesday.

Any economic aid programme for Lebanon “needs the presence of a government to work with on these projects,” he said.

In 2008, Qatar hosted rival Lebanese leaders, brokering the “Doha agreement” that ended 18 months of political conflict and averted the risk of civil war.

In response to whether there was any similar Qatari mediation now, the foreign minister said Lebanese were always welcome in Doha but this was not currently in the works.