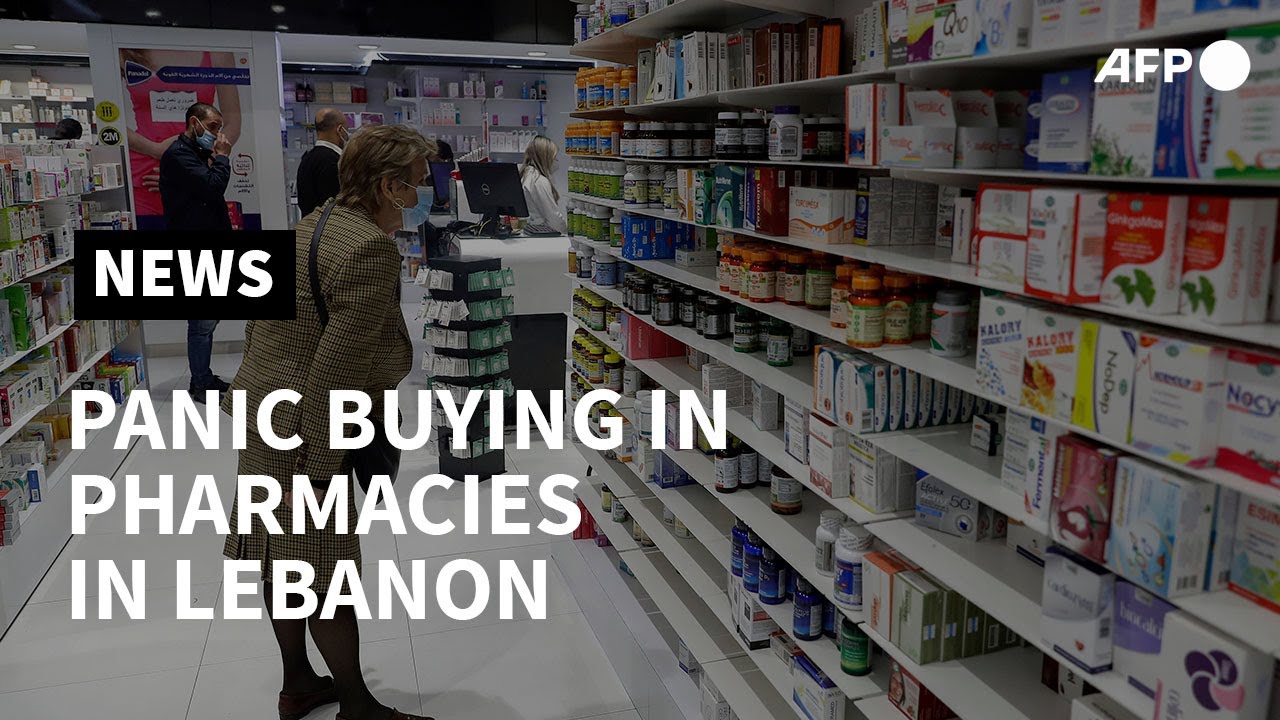 All types of pharmaceutical products have started disappearing from the shelves in recent weeks, including some of the most widely needed as shortages saw panic
Share:

With Lebanon’s economy in a tailspin and the coronavirus pandemic wreaking chaos, panic-buying has gripped pharmacies, creating shortages and a flourishing black market.

All types of pharmaceutical products have started disappearing from the shelves in recent weeks, including some of the most widely needed.

Mostly imported, they include any medicine thought to fight symptoms of Covid-19, pills for patients with chronic diseases, baby formula and even vitamin supplements.

One customer, Abbas, 37, said he was giving up as he stepped out of a large Beirut pharmacy.

“I asked for two items ,” he said — aspirin and an antibiotic. “I found neither.”

Abbas said he would have to buy them at much higher prices on the black market, adding dejectedly that the store had also run out of the special shampoo he had been buying for years.

“This country is really going to the dumps,” he said.

Lebanon was already facing its worst economic crisis in decades and dollar shortages before the pandemic.

Now, with Covid-19 overwhelming hospitals and little public trust authorities can secure vaccines any time soon, people have been rushing to pharmacies to buy medicine.

But even drugs that are rumoured to help treat Covid-19 and oxygen tanks are becoming scarce, as people stock up, anticipating they may have no alternative but to sit out an infection at home.

As boxes disappear from shelves, a black market has emerged, offering medicine or medical equipment — sometimes counterfeits — at many times the normal price.

Inside the Mazen Pharmacy, one of Beirut’s largest, a pharmacist turned a customer away, saying the medication was “out of stock”.

Pharmacy owner Mazen Bissat said: “People are scared medicine will run out, so they’re stockpiling at home enough for a month, even six months, according to what they can afford.

“There’s a medicine shortage, and suppliers have not delivered on quantities requested by the pharmacies.”

He said the makers of a popular, over-the-counter painkiller “just delivered 300 boxes. So we only display 10 a day to be able to make them last until the end of the month,” he said.

To slow the depletion, the health ministry has ordered pharmacists to sell some medication only on prescription, and suppliers to limit deliveries to pharmacies.

Gebara said there had been a run on Ivermectin, which is used to treat parasite infections.

Some Lebanese media had quoted a study suggesting it might be a miracle cure for Covid-19 — a claim for which there is insufficient evidence, according to health agencies.

This had led to “the emergence of a black market”, said Gebara, as people started smuggling it in from abroad, with a box selling for the equivalent of $35.

But even after an importer obtained permission to bring it to Lebanon at a subsidised cost of $1, Ivermectin is still hard to find and the informal market for it is thriving.

Gebara said hoarding by manufacturers was one problem, among others.

We are facing “delayed money transfers abroad from the central bank”, he said.

“If the manufacturer abroad does not receive his dues on time, he delays the shipment.”

With dwindling foreign currency reserves, the central bank is struggling to continue funding key imports at a preferential exchange rate, and fears have risen that medicine subsidies will be lifted soon.

Moreover, subsidised medicine is being smuggled out of Lebanon, Gebara said.

In recent months, travellers have been stopped at Beirut airport trying to fly out to Egypt or Iraq with bags filled with subsidised medicine — some of which turned up as far as the Democratic Republic of Congo.

All in all, “it’s an alarming situation that keeps on feeding off itself”, Gebara added.

Expecting subsidies to be lifted, some suppliers have been accused of holding on to their stock so they can sell it later at a higher set price.

In January, the economy ministry seized such a stockpile of baby milk formula.

After visiting several pharmacies in and around Beirut, 36-year-old Nadine said she still had not found powdered milk for her baby girl.

“They’re even profiteering off baby milk… You can find an alternative to painkillers. But milk is essential.”