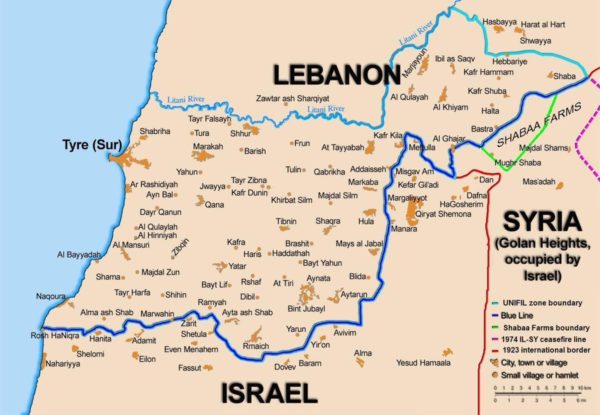 BEIRUT- The head of the UN Interim Force in Lebanon (UNIFIL), Stefano Del Col, on Tuesday called for respecting the Blue Line between Israel and Lebanon to avoid escalation of tensions.

“Any actions, especially adjacent to the Blue Line, must at all times be guided by principles of positive engagement through UNIFIL’s liaison and coordination mechanisms, prior notification, and respect for the Blue Line to reduce potential sources of tension,” he said in a statement released by the UNIFIL.

Del Col’s remarks came during the first tripartite meeting of 2021, with senior officers from the Lebanese Armed Forces (LAF) and the Israel Defense Forces (IDF) at a UN position in Ras Al Naqoura.

The UN commander stressed that LAF and IDF activities along the Blue Line should remain predictable, with sufficient prior notification and coordination through UNIFIL in order to prevent escalation and potential misunderstandings.

“Blue Line marking is a deconfliction tool which helps to reduce ambiguity and potential points of friction. Enhancing the security infrastructure along the Blue Line is in all our interests,” he said.

The Blue Line is a border demarcation line between Israel and Lebanon that was published by the UN in 2000 and has been observed by the UNIFIL to prevent conflict between the two sides.

Del Col also updated the parties on the progress in the refurbishment of security infrastructure along the Blue Line, adding that more than 100 Blue Line markers and cut lanes have been refurbished in the recent months