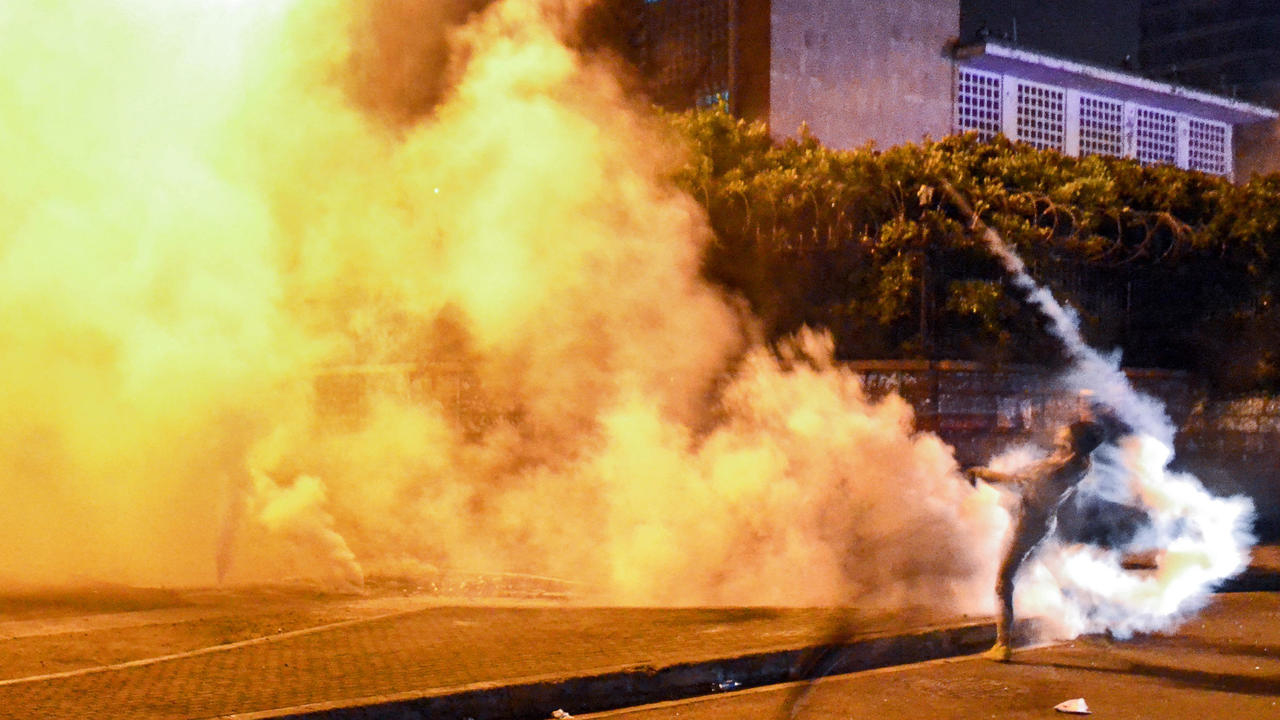 A Lebanese protester hurls a tear gas canister back towards security forces on Sunday, in the latest clashes in Tripoli at the economic fallout of strict coronavirus lockdown measures Fathi AL-MASRI AFP
Share:

Protesters took to the streets of Lebanon’s second city after an otherwise calm weekend, that followed days of angry demonstrations that left one person dead and 400 others wounded.

On Sunday afternoon, a few hundred demonstrators had gathered in central Tripoli’s Al-Nour square, after calls on social media for people to rally in solidarity.

Then, later on Sunday evening, youths gathered outside government buildings — with police lobbing tear gas from the roofs to disperse the crowd, an AFP journalist at the scene said.

Soldiers, deployed after the unrest earlier in the week, also fired tear gas.

The Lebanese Red Cross treated 10 people hit by rocks or who were struggling to breathe because of tear gas, its secretary-general George Kettane told AFP.

The army said on Sunday that 17 people had been arrested on charges including “rioting, destruction (and) attacking public and private property,” during the week’s protests.

Some were arrested for hurling Molotov cocktails at security forces and for trying to set fire to Tripoli’s government headquarters, the army statement said.

Protesters, who began demonstrations on January 25, say they are angry at pandemic lockdown restrictions they say are destroying their livelihoods.

But, in Lebanon’s fractious and divided politics, some politicians and media have questioned the apparently spontaneous nature of the protests.

Lebanon this month recorded one of the world’s steepest per-capita surges in Covid-19 infections, forcing authorities to impose a full lockdown until February 8.

Authorities have been accused of failing to support the most disadvantaged, already struggling amid Lebanon’s worst economic crisis since the 1975-1990 civil war.

Tripoli was at the forefront of a nationwide protest movement that erupted in October 2019, in part due to economic hardship and demanded deep-rooted reforms of Lebanon’s nepotistic, sectarian political system.