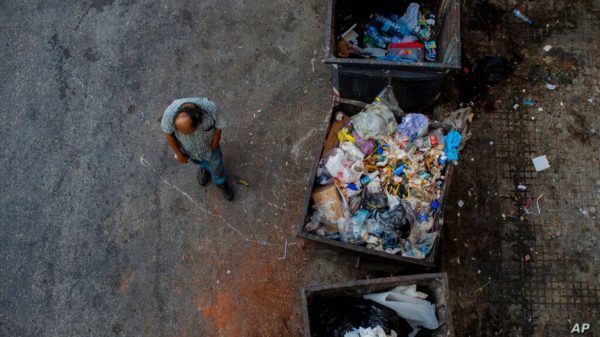 BEIRUT – The COVID-19 pandemic is inflaming an already severe crisis of inequality across the globe, according to a report released by aid group Oxfam International. Lebanon, now ravaged by economic, political and health crises, must enact drastic reforms in order to survive, economists say.

Lebanon has the third-highest debt-to-gross-domestic-product ratio in the world and is in need of extensive economic restructuring, Nasser Saidi, former minister of economy and trade in Lebanon, recently told the Malcolm H. Kerr Carnegie Middle East Center.

“If you look at other countries that have been in crisis — Greece, Argentina, Iceland — this goes well beyond that,” he said. “We are seeing real GDP declining in 2020 by about 20 percent. It had already declined by 7 percent in 2019. So, this is a massive depression, even greater than that in the 1930s, in the Great Depression.”

Saidi says billions of dollars of Lebanon’s stolen assets need to be recovered. Sanctions, such as those under the Magnitsky Act, can help, particularly if the U.S. and European Union coordinate their efforts to get Lebanon back on track. Saidi says Lebanon’s corrupt politicians and business elite “need to be held accountable for what they’ve done” to bring the country into such a dire situation.

“They’ve effectively destroyed Lebanon,” he said. “They’re now holding Lebanon hostage. The politicians in Lebanon will feel the bite, and particularly as you start getting perhaps the beginning of a dialogue with Iran and telling Iran: ‘You’ve got to hold Hezbollah back and let’s get the reform agenda moving in Lebanon.'”

The international community has demanded Lebanese leaders form a new government to enact long overdue reforms, so that billions of dollars in promised aid can be released. But so far, Prime Minister-designate Saad Hariri’s attempts to form a cabinet of nonpartisan specialists have foundered due to rival factions’ jockeying for key ministerial seats, as well as rifts with President Michel Aoun, a Christian ally of Iran-backed Hezbollah, the country’s powerbroker.

Meanwhile, Lebanon’s Central Bank Governor Riad Salameh has denied allegations that he, his brother and an assistant have transferred $400 million to Swiss banks.

Lydia Assouad of the Paris School of Economics said, “Lebanon’s political and business elites have divided the country’s public and private sectors between themselves, creating a system in which they can extract rent on virtually any economic activity.”

Producing the first estimate of Lebanon’s national income and wealth distribution since the 1960s, Assouad found that “the richest one percent of the Lebanese population receives one-quarter of the total national income, while the poorest half gets less than 10 percent.”

Without radical and immediate reforms, she warns, Lebanon will become a failed state.