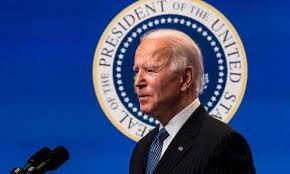 President Joe Biden on Monday told CNN former President Donald Trump’s impeachment trial, “has to happen, ”there would be “a worse effect if it didn’t happen.”
Share:

President Joe Biden on Monday offered his most extensive comments since taking office on former President Donald Trump’s impeachment trial, telling CNN, “I think it has to happen.”

Biden made the comment during a brief one-on-one interview with CNN in the halls of the West Wing. He acknowledged the effect it could have on his legislative agenda and Cabinet nominees but said there would be “a worse effect if it didn’t happen.”

Biden told CNN he believed the outcome would be different if Trump had six months left in his term, but said he doesn’t think 17 Republican senators will vote to convict Trump.

“The Senate has changed since I was there, but it hasn’t changed that much,” Biden said.

His comments came the same night the House impeachment managers formally triggered the start of Trump’s second impeachment trial after they walked across the Capitol and began reading on the Senate floor the charge against Trump, the first president in history to be impeached twice.

The trial has loomed large over Biden’s early days in office as he’s sought to strike an uneasy balance between supporting a trial and pushing a message of unity. CNN previously reported that Biden and his team were initially cold on starting his administration — which Biden pledged would “turn the page” on Trump — with a focus on the former President.

Biden’s comments to CNN Monday evening build on a statement he released earlier this month that called the House impeachment vote “a bipartisan vote cast by members who followed the Constitution and their conscience.”

“This nation also remains in the grip of a deadly virus and a reeling economy,” Biden said at the time. “I hope that the Senate leadership will find a way to deal with their Constitutional responsibilities on impeachment while also working on the other urgent business of this nation.”

The contours of Trump’s Senate trial are starting to take shape as the ceremonial elements get underway, with the Senate’s longest-serving Democrat expected to preside over the trial and Democrats still weighing whether to pursue witnesses during proceedings that could take up a chunk of February.

Chief Justice John Roberts will not be presiding like he did for Trump’s first impeachment trial, according to two sources familiar with the matter. Instead, Sen. Patrick Leahy, the president pro tempore of the Senate, is expected to preside, the sources said. The Constitution says the chief justice presides when the person facing trial is the current president of the United States, but senators preside in other cases, one source said.

As the fourth Senate impeachment trial of a president in US history gets underway, there are still two big looming questions over the Democrats’ impeachment case: Whether they will seek witnesses and how long the trial will take. The answers to both are still not known yet, according to multiple sources familiar with the matter.

Meanwhile, the Biden administration still has a long list of nominations to be confirmed in the US Senate and Republicans already casting doubt on the need for another massive Covid-19 relief package.