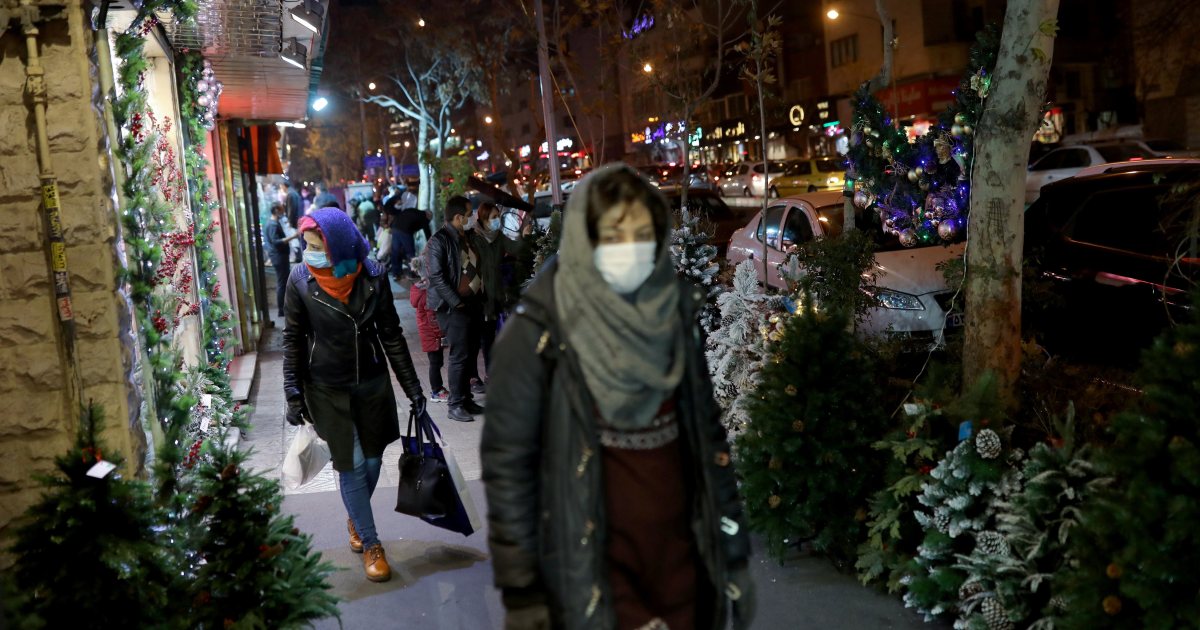 Iranian health officials have warned that high levels of pollution will exacerbate the effects of the coronavirus pandemic, which has already caused more deaths in Iran than in any other country in the Middle East [File: Majid Asgaripour/Reuters]
Share:

Blackouts are not new in Iran, where an aging and subsidized electricity sector is plagued by alleged mismanagement.

Only this time, government officials say that bitcoin mining at so-called cryptocurrency farms – the energy-intensive business of using large collections of computers to verify digital coin transactions – is partly to blame.

On Thursday, Iran’s state-owned electricity firm Tanavir announced it shut down a large Chinese-Iranian run cybercurrency center in the southeast Kerman province because of its heavy energy consumption. The company reportedly was licensed to operate under a process the government put in place in 2019 to regulate the industry.

Alongside pointing a figure at legal operations, Iranian officials have specifically singled out illegal cryptocurrency miners as a strain on the electricity grid spurring outages, Mostafa Rajabi Mashhad, a spokesperson for the electricity industry at Iran’s energy ministry, told the IRNA state run news agency. On Wednesday, Ali Vaezi, a spokesperson for Iranian President Hassan Rouhani said the government would be investigating cases of unlicensed cryptocurrency farms.

But Iranians in the bitcoin industry reject the government’s accusations, saying the industry was being blamed for a broader problem.

“The miners have nothing to do with the blackouts,” Ziya Sadr, a cryptocurrency researcher in Tehran, told The Washington Post. “Mining is a very small percentage of the overall electricity capacity in Iran.”

He added, “It is a known fact that the mismanagement and the very terrible situation of the electricity grid in Iran and the outdated equipment of power plants in Iran can’t support the grid.”

The government itself has pointed to cheap electricity rates, enabled by government subsidies, as another major cause of the blackouts. A member of the board of the Iranian Blockchain Association told IRNA that the electricity used by cybercurrency miners in Iran was estimated to be about equal to the electricity lost by the network during distribution.

The standoff underscores the rocky road ahead for cryptocurrencies that, in theory, could thrive in an economically embattled country like Iran, where some have welcomed the alternative banking system as a possible way to bypass U.S. sanctions.

And in the meantime, electricity problems persist. In recent days, overstretched power plants have shut down as demand for natural gas to heat homes has soared. Others have reportedly turned to low-grade fuel to keep the strained electricity grid powered. Pollution levels in the capital, Tehran, have hit “very dangerous” levels.

When the lights are working, Iran’s combination of cheap electricity and high inflation has made it an ideal destination for the energy intensive process of creating, or mining, digital currencies like bitcoin, said crypto expert Ali Beikverdi.

Decentralized cryptocurrencies rely on high-powered computers to verify that transactions are legitimate by solving complicated mathematical problems. Mining units of digital coins is a potentially lucrative business that’s taken off in recent years in Iran, as firms in countries like China and Russia have partnered with Iranian entrepreneurs to create so-called bitcoin farms of specialized computers.

“Any country that has cheap electricity and a vast area would be a perfect place for bitcoin mining,” said Beikverdi, who is from Iran and now lives in Seoul, in an interview with The Post. “In Korea, it wouldn’t be profitable because I would have to spend a lot of money on electricity.”

Bitcoin mining had already illegally taken off in Iran by the time the government took notice a few years back. Initially it cracked down on miners, who used computers and other equipment smuggled in from places like China, said Sadr.

Then in 2019 it passed legislation to regulate the burgeoning under-the-table industry: Miners of bitcoin and other cryptocurrencies were required apply for a license to operate and import computers and related equipment. Registration enabled the government to provide farms with electricity at a higher rate than the general public.

Sadr said the new legislation disadvantaged those who had already established themselves in the industry as there was no path to legalize operations running on illegal equipment.

By the time of these latest blackouts, the government had licensed 24 cryptocurrency mining centers with a capacity of more than 310 megawatts, Mashhadi told IRNA.

He said officials have also identified 1,620 unauthorized centers with a capacity of nearly 250 megawatts. Of those, the government has located over 500 of them, according to Mashhadi. Iranians have reportedly set up bitcoin mining shops in everything from mosques to actual farms to make use of the cheaper electricity rate. The government has offered a reward of 10 million toman ($430) for information on the locations of illegal operations.

Still, the official rates of energy consumption by both legal and illegal bitcoin mining farms remain just a fraction of the estimated 40,000 megawatts the energy ministry said has been consumed in Iran at peak hours in recent days.

Iran’s government has sought to extend control over the industry in other ways, as well. Lawmakers recently passed legislation that would limit cryptocurrencies to be used to finance imports and exports with Iran’s central bank as an intermediary. The law, however, hasn’t been applied in practice as there’s no system in place for doing so, said Sadr. The government had announced plans to develop its own cryptocurrency, though no significant progress has resulted.

Beikverdi said the allure of cryptocurrencies remained strong for many in a politically and economically embattled country like Iran. The digital trade “has been empowering individuals,” he said. “It kind of helps people do things financially in a broader scale without relying on countries or governments.”

But both Beikverdi and Sadr said cryptocurrencies alone were no match for the U.S. economic sanctions that under the Trump administration became the most stringent yet, cutting off Iran from all kinds of global trade and international banking systems. Since 2018, the U.S. Treasury has sanctioned several Iranians for violating sanctions using cryptocurrencies.

President-elect Joe Biden has pledged to remove many of these economic sanctions and return to the Iran nuclear deal, which Trump withdrew from in 2018, if he and his counterparts in Tehran can agree on the terms.

Still, Sadr said it would be a long time before any measurable level of international trade could be carried out with Iran using bitcoins, as businesses currently were either not interested or unequipped to work with digital coins.

“If there’s no market for it, no participants for people who want to do imports and exports with people in Iran . . . then bitcoin cant help with that,” he said. “Let’s say they know you’re an Iranian, that your business is from Iran, then they won’t work with you.”