Air traffic controllers: Iran may fly a plane into the US Capitol to avenge Soleimani 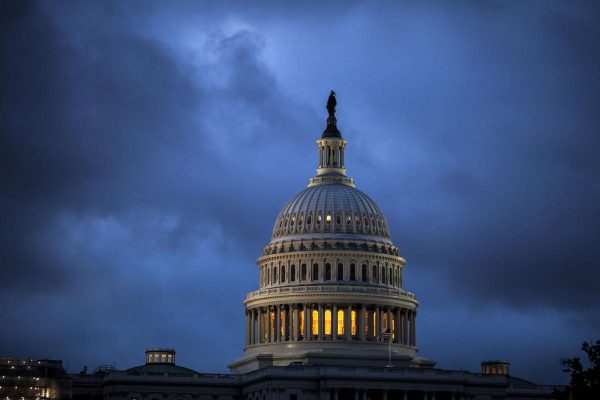 A new Gallup survey Wednesday suggests trouble might be awaiting Republicans in the midterm elections. President Donald Trump’s approval rating stands at 41 percent in Gallup’s most recent poll, well below the 52 percent average in midterm elections since 1974. Trump’s is also among the lowest for a president prior to a midterm vote over that 44-year time period.
Share:

Multiple air traffic controllers in New York heard a chilling threat Monday in audio obtained exclusively by CBS News: “We are flying a plane into the Capitol on Wednesday. Soleimani will be avenged.”

The threat refers to Qassem Soleimani, the Iranian general killed last year in a U.S. drone strike ordered by President Trump. It was made on the one-year anniversary of Soleimani’s death, for which Iranian officials have long vowed revenge.

It’s unclear who sent the threat. While the government does not believe the warning of an attack is credible, it is being investigated as a breach of aviation frequencies, CBS News has learned.

Sources told CBS News that the Pentagon and other agencies were briefed Tuesday about the digitized voice recording. The sources said they believe the threat was designed to suggest hitting the Capitol on the same day Congress is set to count the Electoral College results.

Experts said the intrusion is concerning because it could affect the instructions pilots get about how and where planes fly.

Sources told CBS News a message was sent to air traffic controllers on Tuesday reminding them that any threat or a plane deviating from its flight path should be reported immediately.

The FBI is not commenting but said it takes “all threats of violence to public safety seriously.” The Federal Aviation Administration said it is in contact with law enforcement.