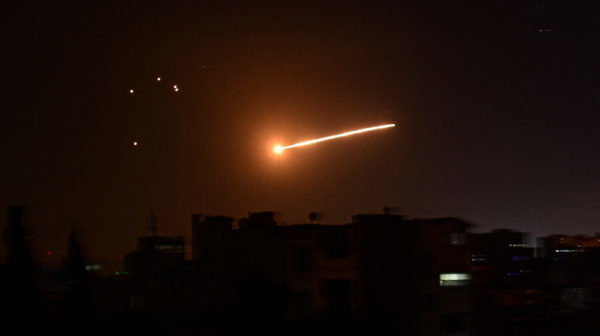 One Syrian soldier has been killed and several others wounded in an Israeli attack on a military position in the Damascus countryside near the Zabadani Valley, state news agency SANA says, citing a military source.

“Today at 01:30 (22:30 GMT) the Israeli enemy carried out an air aggression with missile bursts from the northern Galilee, targeting a unit of our air defence forces in the Nabi Habeel area,” the military source said on Wednesday.

“Our air defence countered some of the missiles, which resulted in one martyr and wounded three soldiers.”

The Britain-based Syrian Observatory for Human Rights said the number of wounded had risen at five, two of them in grave condition.

The raids had also targeted and destroyed Hezbollah rocket and ammunition depots near the town of Zabadani close to the Lebanese border, the war monitor said.

“Hezbollah uses (the area) as a storage spot before transporting weapons and ammunition into Lebanon,” he said.

Israel refused to confirm or deny the attack.

“We do not comment on foreign media reports,” an army spokesperson told AFP.

This is the second Israeli attack in Syria in the past week.

Last Thursday, Syrian media reported that air defence systems responded to another Israeli air raid in the northwest of the country.

Four buildings, part of a munitions factory in Masyaf, where the attack took place, were damaged.