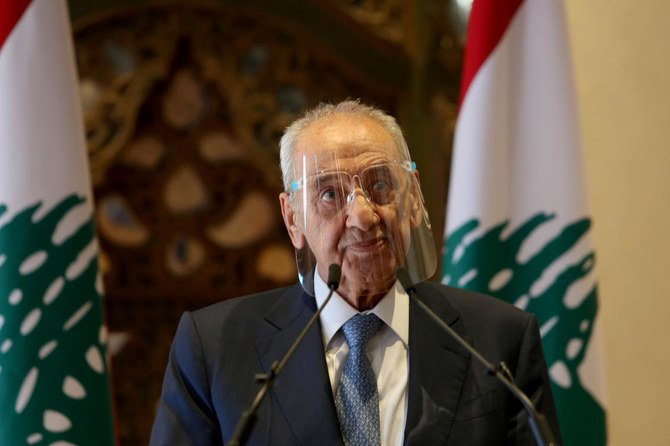 BEIRUT – The path to a new Lebanese government is completely blocked, Parliament Speaker Nabih Berri said in comments published on Tuesday, but he held out hope that French President Emmanuel Macron might be able to help in a forthcoming visit.

Fractious politicians have been unable to agree on a new government since the last one quit in the aftermath of the Aug. 4 Beirut port explosion, leaving Lebanon rudderless as it sinks deeper into economic and financial crisis.

“We have entered a tunnel and I don’t know how we will get out of it,” Berri told al-Joumhuria newspaper. “We are in a pitiful situation. The government situation is completely blocked.”

Prime Minister-designate Saad al-Hariri and President Michel Aoun aired their differences over the government in statements on Monday, each blaming the other for the delay.

“Why this blockage? The answer certainly lies with the president and prime minister-designate,” said Berri, an ally of the armed Iran-backed Hezbollah group.

“God willing, the French President Emmanuel Macron will be able to do something in his coming visit. We can only wait.”

Macron is due to visit Lebanon later this month, his third visit since the devastating port explosion which worsened an economic crisis. Caused by decades of corruption and bad governance, the financial meltdown is the worst crisis to hit Lebanon since its 1975-90 civil war.

Following the blast, Macron led efforts to get Lebanese politicians to agree on a new government which could enact reforms and in turn unlock international support.

But Lebanese leaders have delivered no reforms.

French Foreign Minister Jean-Yves Le Drian said Lebanon’s political and economic collapse was like the sinking of the Titanic, only without the music which it is believed the orchestra played as the ship went down.