Will Judge Sawwan step down if the defendants in Port explosion refuse to appear before him? 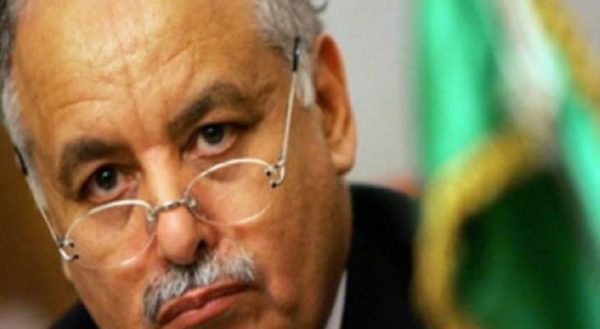 The judge investigating the Beirut port explosion has charged Lebanon’s caretaker Prime Minister Hassan Diab and three former ministers with negligence over the blast that killed 200 people and devastated swathes of the capital.

The charges stirred controversy in Lebanon.

The group called on Sawwan to reconsider his decision, saying it lacked legal and constitutional basis and that the four were being selectively charged.

Similar criticism was voiced by Lebanon’s grand mufti, the top cleric for Sunni Muslims, and Prime Minister-designate Saad Hariri, who said the charges against caretaker Premier Hassan Diab targeted the prime ministry as a position and were a violation of the constitution. The prime minister in Lebanon must be a Sunni Muslim, according to the country’s sectarian-based power-sharing system.

It was not clear what impact the criticism could have on Sawwan.

The four are the most senior officials to be charged in the investigation and are set to be questioned as defendants next week by Sawwan.

Diab, who is supported by Hezbollah and its political allies, resigned in the wake of the Aug. 4 explosion and remains in his post in a caretaker capacity, as Lebanese officials have failed to agree on a new Cabinet.

The Aug. 4 explosion was caused by the ignition of a large stockpile of explosive material that had been stored at the port for six years, with the knowledge of top security officials and politicians who did nothing about it. It killed more than 200 people and wounded thousands, devastating large parts of the capital of Beirut.

Thursday’s decision to charge senior officials — including one in office — was significant in Lebanon, where a culture of impunity has prevailed for decades, including among the entrenched political elites.

The move by Sawwan to exercise his jurisdiction to accuse government officials came after he sent a letter and documents to parliament last month, informing lawmakers of serious suspicions relating to government officials and asking them to investigate. The lawmakers responded by saying that the material they received did not point to any professional wrongdoing.

Lawyer Youssef Lahoud, who represents the Bar Association in the investigation, said the parliament’s response does not prevent Sawwan from exercising his right to charge government officials in the port explosion. The explosion is not viewed as a political crime, which would require the role of parliament, Lahoud said.

The three former ministers charged along with Diab are allies of Hezbollah. They are former Finance Minister Ali Hassan Khalil, as well as Ghazi Zeiter and Youssef Fenianos, both former ministers of public works.

“We are keen that all decisions taken by the investigating judge stay clear of politics and intent; be constitutional and not subject to interpretation or judgement; and that the indictment be based on legal and reasonable basis, which is what we did not find in the latest measures,” Hezbollah said in a statement.

Four months after one of the largest non-nuclear explosions on record, which injured thousands of people, victims are still awaiting the result of the investigation. Lebanese leaders had promised it would come within days.

The explosion added to the challenges facing Lebanon, where decades of waste and corruption have triggered the country’s worst ever financial crisis.

Lebanon’s sectarian leaders are still haggling over who will be in the new cabinet.

“Therefore we absolutely reject the absence of unified criteria which led to what we consider political targeting affecting some people and ignoring others unfairly,” it added.

A statement from Diab’s office on Thursday accused Sawwan of violating the constitution and bypassing parliament. Although a political opponent, Hariri visited Diab on Friday in a gesture of solidarity.

Lebanon’s grand mufti and top cleric for Sunni Muslims, Sheikh Abdel-Latif Derian, also said the charges targeting the prime minister’s position is political and, unacceptable and a violation of the constitution.

Zeiter, the former minister of public works and currently a lawmaker, said in a press conference on Friday that the judge deviated from constitutional rules and abused power.

The judge committed a “catastrophe” on the judicial scale, Zeiter said, adding that he and the others charged would not be silenced by “any fake accusations.”

After Former PM Najib Miqati pointed fingers at President Michel Aoun of being the top man responsible for the blast since he knew about the explosive material at least 2 weeks before the explosion , President Aoun’s media adviser Rafik Chlala said Saturday in a preemptive move that President Aoun “did not interfere in the ongoing investigation” in Beirut’s port blast, but requested “immediate action” after being informed of the threat around two weeks before the explosion.

“President Aoun never interfered in the ongoing investigation of the port blast. True he did ask for quick investigation, but that does not mean he intereferd. He never did, not with the investigating judge nor with any judicial authority,” said Chlala.

“A report prepared by the State Security Directorate about amounts of ammonium nitrate stored at the port arrived in the regular mail to the President on July 21,” said Chlala in remarks to VDL radio station.

Adding that Aoun had “requested immediate action from his security and military advisers asking them to follow up the matter with the Secretary General of the Higher Defense Council.”

On allegations that the issue was discussed at a meeting between Aoun and the Higher Judicial Council at Baabda Palace, hinting at interference in the case, Chala said the claims are “baseless.”

Sawan was not the first choice to lead investigations into Lebanon’s single-most destructive explosion. Nor was he the second, according to a report by Al Jazeera

The 60-year-old military investigative judge was, in fact, the third name Caretaker Justice Minister Marie-Claude Najem proposed to a council of top judges to be approved for the powerful role of judicial investigator.

The case Sawwan put together will eventually be transferred to the Judicial Council, the highest court in the country, to which Prime Minister Hassan Diab’s cabinet referred the blast investigation just hours before resigning last August.

But the process that led to Sawwan’s selection and his management of a number of high-profile cases raise questions about whether he was the right man for the job.

The case he investigated implicated dozens of security, administrative and political officials who were aware of the presence of some 2,750 tonnes of highly explosive ammonium nitrate at Beirut’s port, which has been there since Sept 2013 , but did nothing to remove it.

Many of these officials are either directly or indirectly affiliated with major political parties that hold the reigns of power in Lebanon.

The process that led to Sawwan’s selection was not encouraging according to the report .

The Higher Judicial Council (HJC) , a 10 judge panel appointed by the country’s ruling class  agreed to appoint Sawwan after 2 others were rejected.

There are concerns over the involvement of Judge Ghassan Oueidat Lebanon’s top prosecutor and the deputy head of the HJC in the case: He was informed of the presence of the highly explosive material months before disaster struck, and he allegedly ordered maintenance to the port hangar where the explosive material was stored. That maintenance, which included welding, is suspected of having lit the fire that eventually caused the blast

The vast majority of Sawwan’s work in his capacity as military investigative judge has been related to terrorism charges levelled against Syrians and Lebanese.

A lawyer with detailed, direct knowledge of Sawwan’s decisions at the court over many years said the judge dealt with people in a “brash, almost vicious manner if they were opposed to” the government of Syrian President Bashar al-Assad.

That aligns Sawwan with the pro-Assad political forces in Lebanon, namely Hezbollah and its allies the Free Patriotic Movement (FPM) and the Amal Movement who hold a majority in Parliament and named Diab’s caretaker government.

It appears that Sawwan charged 2 allies of Speaker Nabih Berri (former Finance Minister Ali Hassan Khalil, as well as Ghazi Zeiter) and an ally of Marada Movement leader Suleiman Franjieh (Youssef Fenianos) .. Both Berri and Franjieh are allied with Assad .

The big question is why Judge Sawwan spared president Aoun .

It is important to note here that even though Aoun , Franjieh and Berri are aligned with Assad , Aoun and Bassil consider Berri and Franjieh their enemy

Aoun and his son-in-law Gebran Bassil knew about the Ammonium Nitrate the moment it entered the port in Sept 2013 through their man Badri Dhaher who was at the time the person in charge of customs manifest . His last position at the port at the time when it exploded was Director general of port customs. They also reportedly knew Dhaher sold most of the Ammonium to their ally Hezbollah , according to reports , Dhaher was arrested and interrogated but Aoun refused to get him fired .

According to media reports all four officials who were charged with negligence will refuse to appear before judge Sawwan . According Kuwaiti daily As Siyasah Judge Sawwan intends to resign if they don’t show up

He urged the President and government to make a request to the Secretary-General of the United Nations, through one of the permanent members of the Security Council, to form a fact-finding committee on this crime.