Pfizer chief assures the vaccine is safe: “We didn’t cut any corners” 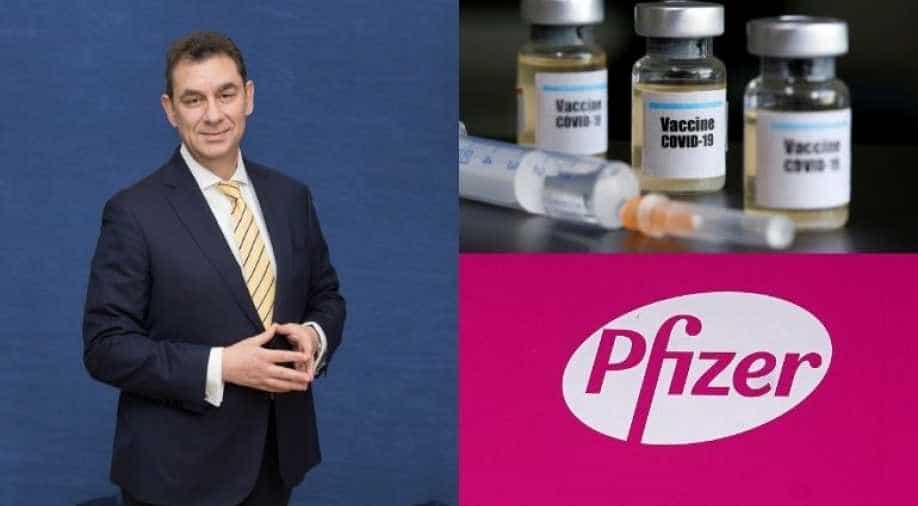 Pfizer chief executive Albert Bourla says people should feel confident that Covid-19 vaccine is safe and effective and insisted that no corners had been cut in testing it
Share:

Pfizer chief executive Albert Bourla said Tuesday he understands concerns around the speed at which pharmaceutical companies have produced Covid-19 vaccines, but insisted that no corners had been cut.

As Britain on Tuesday became the first Western country to start a mass coronavirus vaccine campaign, using the new Pfizer-BioNTech jab, Bourla said people should feel confident that it is safe and effective.

“We didn’t cut any corners,” he told a virtual media briefing hosted by the International Federation of Pharmaceutical Manufacturers and Associations

The vaccine, based on new technology, has been tested “in the exact same way as we are testing any vaccine that is circulating out there,” Bourla assured.

In fact, he added, “this vaccine actually was tested, because of the scrutiny, with even higher standards in terms of how we do things.”

The US Food and Drug Administration on Tuesday said data from trials of Pfizer-BioNTech drug revealed “no specific safety concerns”.

The Pfizer-BioNTech jab is one of several vaccine candidates approaching approval in a number of countries, bringing hope for an end to the pandemic that has killed more than 1.5 million people worldwide and ravaged economies.

Pfizer and BioNTech have said they should be able to produce 50 million doses by the end of this month, and 1.3 billion next year.

Two doses of the vaccine are required to reach the 95-percent protection levels seen in the tests, Bourla said.

While one jab alone will provide around 50 percent protection, he stressed the importance of getting both.

“It is a very big mistake if anyone tries to do it with only one dose, when with two you almost double the protection,” he said.

Getting vaccines to the people who need them is meanwhile a major undertaking.

“When you are embarking on such a monumental project, every day we have zillions of challenges,” Bourla said

A particular issue with the Pfizer vaccine is that it needs to be stored at -70 degrees Celsius (-94 Fahrenheit), leaving hospitals and other medical hubs as the only places able to deal with such ultra-low temperatures.

Bourla said the companies were currently “working also on a new formulation that will be able to avoid the -70, and can be stored in simple refrigeration.”

But in the meantime, he insisted that the ultra-cold-chain demands of the current vaccine were no too difficult, thanks to “the ingenuity of our mechanics” who have found ways to more easily transport and distribute the jabs.

“We have started already in the UK and things are going very well,” he said, adding that the ultra-coldchain was not really that difficult to deal with “at least in countries with basic infrastructure, like a road for example or a place to store things.”

A major challenge meanwhile remains in convincing people it is safe to take the vaccines.

Bourla said he understood the concerns around the speed at which the vaccines had been developed.

“Always there are people who are sceptical about vaccines, but I have to say they are wrong,” he said.

“I can imagine that in this case, because the products, the vaccines or the medicines are developed very fast that it is even worse because it has been severely politicised, particularly in the US.

“That makes people confused. They don’t know who to believe and what to believe, because the discussion was happening on political rather than on scientific terms.”

But he stressed that the companies were intent on ensuring that only safe and effective vaccines make it to market, and “the regulators are very careful.”

For those wary of getting a jab, Bourla said: “I understand their concerns, but they need to think twice.

“If you don’t vaccinate you are becoming the weak link that will allow the virus to replicate.”