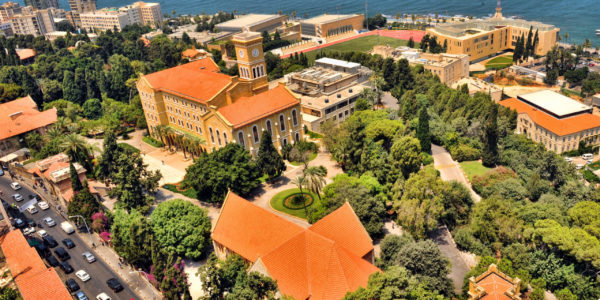 The American University of Beirut’s ( AUB) president says he aims to keep the university afloat amid the country’s growing economic crisis, which has no end in sight.

Lebanon’s prestigious American University of Beirut (AUB) has announced that it will more than double the cost of tuition in the local currency, saying the move was necessitated by the country’s spiralling economic collapse.

AUB President Fadlo Khuri said the university had made the decision in June but held off in the hope that Lebanon’s leaders would implement reforms to unlock international aid that could stabilise the country’s currency, which has lost about 80 percent of its value since mid- 2019.

“We delayed it as far as we can, hoping for an economic rescue of Lebanon as a country and some kind of sustainable plan … clearly that’s not imminent,” Khuri said in a briefing with journalists on Monday.

The new rate mirrors one of Lebanon’s three main exchange rates; a semi-official one set by the central bank for commercial bank transactions.

At the official rate, yearly tuition of approximately $24,000 equated to 36 million pounds. When the new rate goes into force this spring, it becomes 93.6 million pounds.

That renders AUB inaccessible to the vast majority of youth in a country where more than 50 percent are poor, and casts uncertainty over the ability of thousands of students, many formerly considered middle class, to complete their studies at one of the Middle East’s top universities.

Even before the tuition hike, Khuri said 250 of some 9,400 students at the university had halted their studies, while 600 incoming students had ultimately decided not to start.

AUB expects more to leave now, but does not know how many, Khuri said.

Still, he characterised the price hike as necessary to secure the university’s long-term survival.

“AUB is not just for students, faculty, staff or alumni or the administration; this is a university that belongs to future generations,” he said, adding that continuing at the official rate was “entirely unaffordable”.

He said the university set a goal of providing comprehensive scholarships to 1,000 students who couldn’t otherwise afford it by 2025, up from 700 today (a number which itself is up from 450 five years ago).

That will, however, do little to offset the most painful, immediate effects of the tuition hike on the student body. AUB’s decision also feeds into the growing stratification of Lebanese society between a small number of wealthy people with access to the funds for a dignified life, and the vast majority who struggle to secure their most basic needs.

Lama Jamaleddine, a 19-year-old psychology major, said her parents would now have to take out bank loans or borrow money from family and friends to get her through her final semester in spring. But her plans to pursue a masters degree at AUB will now have to change.

“We were trying to save up for post-grad. This halts my chances,” she told Al Jazeera.

Jamaleddine is the secretary of AUB’s Secular Club, an independent group that recently won the largest share of seats at student elections, beating out clubs backed by Lebanon’s sectarian ruling class.

She says secular students at 11 Lebanese universities across Lebanon will hold a meeting on December 12 to decide on steps to take in response and said they may organise protests even before the meeting.

“The new prices are just a colossal amount that many students can’t afford. Many are struggling to secure their basic necessities since so many subsidies are being lifted and the prices are always rising on everything in this country,” she said.

Lebanon’s central bank has said it can only maintain subsidies on essential goods such as wheat, fuel and medicine until January, prompting UNICEF and the International Labour Organization to warn of a “social catastrophe” in a Monday opinion piece posted on UNICEF’s website.

“The impact of removing price subsidies on the country’s most vulnerable households will be tremendous and yet there is almost nothing in place to help soften the fall,” the two agencies said.

The country’s deep financial crisis is compounded by COVID-19 and the aftermath of the massive Beirut port blast in August, which wrecked large parts of the city, killing 200 and injuring more than 6,000.

France has spearheaded an initiative aimed at providing billions of dollars in aid to Lebanon, conditional on the formation of a new government that implements reforms. But Prime Minister-designate Saad Hariri who has been trying to form a government of experts has has not been able to form it because of objections from president Michel Aoun and his allies , Hezbollah and his son-in-law FPM leader Gebran Bassil, five weeks after being picked by Parliament. And if he does form a government, there is little reason to believe the three-time prime minister will be allowed by the president and his allies to implement the far-reaching reforms asked of him.

Khuri said that he had tried to avert Tuesday’s price hike by asking for help from donor nations including the United States, as well as from the cash-strapped government of outgoing Prime Minister Hassan Diab – himself formerly a vice president at AUB.

“We don’t think this government has supported AUB or the higher education sector,” Khuri said.

Indeed, the outgoing prime minister is suing AUB for roughly $1m in end-of-service benefits that he says are being unfairly withheld from him and he insists that he should be paid outside the country

If conditions continue to worsen – and experts, including the World Bank, say they will due to the inaction of political and financial authorities – Khuri does not rule out a further increase in tuition fees, though he said the administration is not considering such a move now.