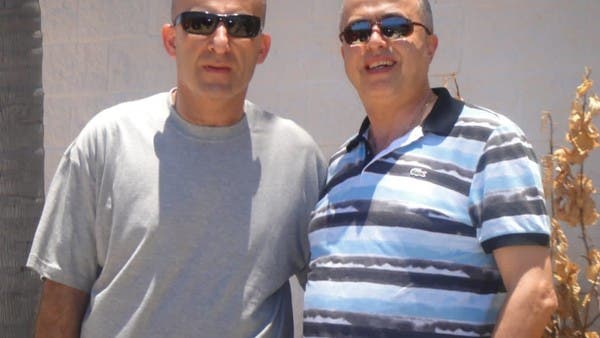 Colonel Mounir Abu Rjeily and Colonel Joseph Skaf , both are former Customs officials and both died under mysterious circumstances
Share:

Lebanese authorities are investigating the killing of a retired customs officer in what a leading politician described as a “terrible incident”.

Colonel Munir Abu Rjeili was found dead in his home on Wednesday in Qartaba, some 40 km (25 miles) northeast of Beirut, with a blow to the head, a security source said.

Leading Lebanese politician Walid Jumblatt asked on Twitter on Thursday what was behind the killing. He questioned whether there was a link with the Aug. 4 explosion at Beirut port that killed about 200 people and devastated swathes of the capital.

“Is this terrible incident to obstruct any serious investigation into the case of the explosion at Beirut port?” Jumblatt wrote.

But a senior interior ministry source said: “So far, no link has been found between the port and the murder”.

Abu Rjeili’s career in Lebanese customs included leading a Beirut division that counters overland smuggling, serving at the airport and heading a division of the Higher Customs Council, according to CV sent by a relative and lawyer, Joseph Khalil.

Abu Rjeili had not been summoned for questioning in the investigation in to the Beirut blast probe and had not served at the port, the source said.

Khalil, the lawyer, said the family was waiting for the results of the investigation.

Four months since the explosion, Lebanese are still awaiting the final results of the investigation, after authorities promised a full and swift probe.

President Michel Aoun last month called for the acceleration of the investigation.

The first warning about the cargo that blew up in Beirut port came in 2014 from another late Lebanese customs officer, Colonel Joseph Skaf. Skaf’s family believe his death in 2017 was murder, possibly connected to his long career as a customs officer fighting criminality and drug smuggling.

A crime was committed in March 2017. My father did not slip and fall. He was brutally assaulted and murdered in front of his own house. The case was never closed and our family has been waiting for 3 years for a… https://t.co/8ypeq4Y3QQ

According to Al-Hadath, Abu Rjeili and Skaf were very close friends and the latter was often referred to as the “reservoir of information” regarding all details relating to the ammonium nitrate at the port.

Since the recent murder is reminiscent of that of Skaf, some Lebanese are arguing that Abu Rjeili could have known more than he should and had to be taken out of the picture by whoever is trying to obstruct the investigation.