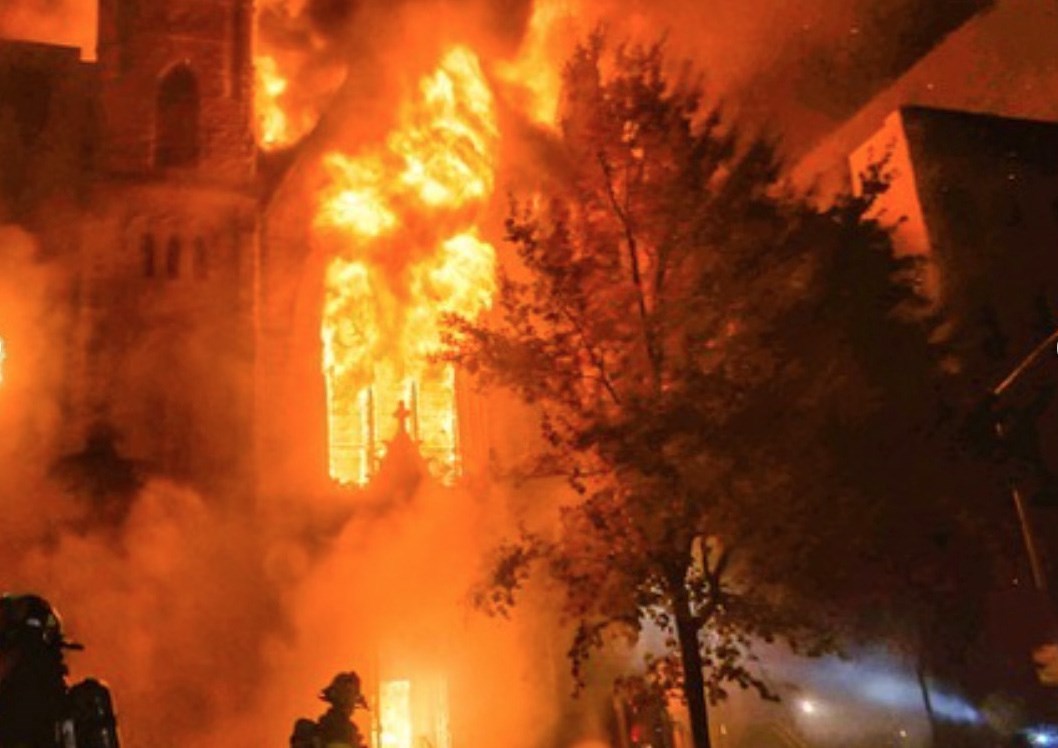 “We are devastated and crushed that our beloved physical sanctuary at Middle Collegiate Church has burned,” said Rev. Jacqui Lewis.

A massive fire broke out Saturday morning in a vacant building in New York City and spread to a 19th-century church, leaving both structures uninhabitable.

The fire started around 5 a.m. at a building on East 7th Street in the East Village neighborhood, according to NBC New York.

“Our units arrived in three minutes, very fast response time. Upon arrival, we had heavy fire showing from the corner building on East 7th Street. We quickly transmitted additional alarms to get more help here,” the fire department said in a statement.

“Fire had extended into the church on 2nd Avenue and also into another building on 7th Street. We had all of our units in position and we were quickly able to contain it to that area.”

Photos from the fire showed large flames shooting from the top of a building and heavy smoke in the air. The cause of the blaze is under investigation by fire marshals.

The Middle Collegiate Church, which was organized in 1628, was destroyed in the fire.

“We are devastated and crushed that our beloved physical sanctuary at Middle Collegiate Church has burned,” Rev. Jacqui Lewis said in a statement. “And yet no fire can stop Revolutionary Love. We thank God that there has been no loss of life. We know that God does not cause these kinds of tragedies but is present with us and to us as we grieve, present in the hugs and prayers of loved ones.”

Lewis said that the church had moved to online worship because of the coronavirus pandemic and will continue to do so.