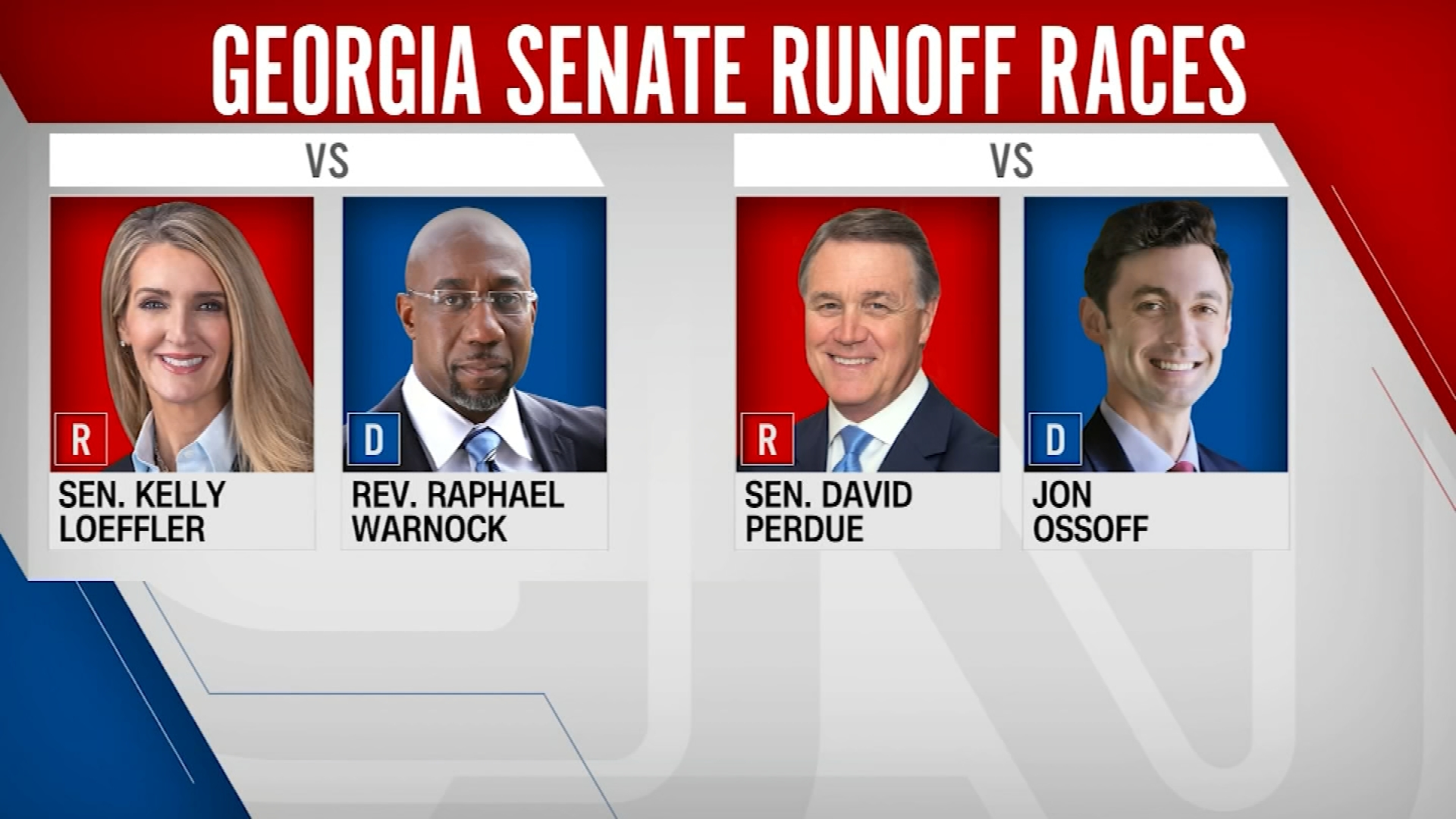 The Georgia runoff is taking place because neither of the state’s incumbent Republican senators won a majority of votes on Election Day. Under Georgia law, when no candidate receives more than 50 percent of the vote, the top two candidates compete against each other in a subsequent race. For the first time in 28 years, the Southern state overwhelmingly voted for a Democratic president on Election Day .
Share:

Despite nominally traveling to Georgia to campaign on behalf of Sens. Kelly Loeffler (R-Ga.) and David Perdue (R-Ga.), President Trump made himself the focus at his rally on Saturday as the Republican senators struggled to gain the support or attention of the crowd.

The most notable example of this came when Perdue attempted to praise Trump, telling him “god bless you, we love you Mr. President,” but failed to quiet chants of “fight for Trump” from the crowd – while Loeffler was met with chants of “stop the steal!”

Though Trump didn’t criticize Perdue and Loeffler, some of his most ardent supporters have accused them of failing to adequately support Trump’s unfounded claims that widespread fraud cost him his reelection, with some even calling to boycott the runoff.

When Trump did praise Loeffler and Perdue, it often rang hollow or focused on their support for him, such as admitting that although he was at first wary of Loeffler – who was appointed over his objections – “there was nobody who fought harder for me.”

Trump focused the bulk of his remarks airing his grievances about his election, falsely claiming victory (and occasionally slipping up and admitting defeat) and ranting about figures unrelated to the runoff like Sen. Bernie Sanders (I-Vt.) and former Rep. Beto O’Rourke.

Trump also complained that he doesn’t like holding rallies for candidates aside from himself, telling supporters, “I don’t like doing them for other people” because “it’s a lot of work.”

Loeffler and Perdue both failed to clear the 50% threshold in the initial election on Nov. 3 to avoid a runoff and will face Democrats Jon Ossoff, a filmmaker, and Raphael Warnock, a pastor, on Jan. 5.

48%. That’s the share of voters who say they support Democrat Jon Ossoff in the poll by Trafalgar Group, a firm that predicted Trump would win the election. Ossoff edges out Perdue by just 1 point. Loeffler fares better, however: she leads Democrat Raphael Warnock by 5 points, 50% to 45%.

Trump repeatedly tacitly acknowledged Biden’s victory while noting the importance of the runoff. “At stake in this election is control of the U.S. Senate… the voters in Georgia will determine which party runs every committee, writes every piece of legislation,” Trump said. Given that Republicans already have 50 seats without the runoffs, Kamala Harris’ status as Vice President-elect and future tiebreaker in the Senate gives Democrats their only hope at a majority.