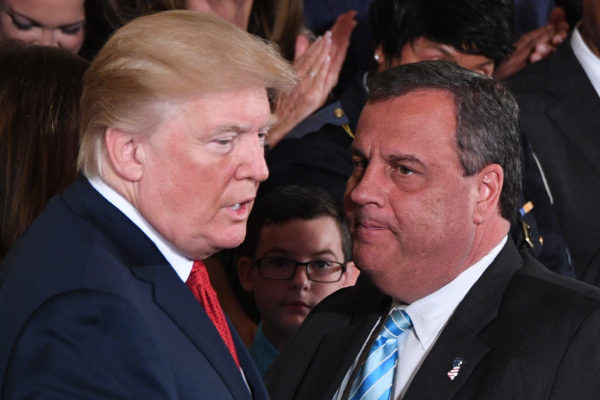 Longtime Trump supporter Chris Christie said it was finally time for President Donald Trump’s attempt to overthrow the election results to end, calling out the president’s legal team as a “national embarrassment” for making outlandish and baseless claim of widespread voter fraud without presenting any evidence.

In recent days, the president’s attorneys—plucked from right-wing media—have centered their strategy to flip the election to Trump by laying out an unhinged conspiracy theory that alleges Dominion voting software purposely stole millions of votes from Trump and gave them to President-elect Joe Biden. Trump attorney Sidney Powell, for instance, has claimed long-deceased Venezuelan dictator Hugo Chavez worked in conjunction with liberal philanthropist George Soros and the Clinton Foundation to swing the election to Biden.

During Sunday morning’s broadcast of ABC News’ This Week, anchor George Stephanopoulos noted that nearly all of the president’s election lawsuits have been tossed out of court, including a Pennsylvania suit that sought to discard millions of votes.

“Is it finally time for this to end?” Stephanopoulos asked Christie, noting that Sen. Pat Toomey (R-PA) has also called for Trump to concede.

“Yes, and here’s the reason why,” the former New Jersey governor replied. “The president has had an opportunity to access the courts, and I said to you, you know, starting at 2:30 a.m. on Wednesday morning, if you have got the evidence of fraud, present it. The legal team has been a national embarrassment.”

Noting that Powell has now baselessly accused Republican Georgia Gov. Brian Kemp of taking bribes from Dominion and being part of an international conspiracy, Christie went on to note that Powell has flatly refused to show any evidence or proof to back up her wild claims.

Reiterating that he is a supporter of Trump’s, the one-time Republican presidential candidate pointed out that “elections have consequences” and “we cannot continue to act as if something happened here that didn’t happen.”

Christie further explained that even Fox News host Tucker Carlson concluded that Powell’s unwillingness to present any evidence to support her explosive allegations must mean there isn’t any evidence.

“That’s what I was concerned about on election night, and I remain concerned today,” he added. “I think it’s wrong.”

Christie wasn’t the only Republican on Sunday pressing the president to accept the election results and put a halt to what has shaped up to be a coup attempt to subvert the will of American voters. Maryland Gov. Larry Hogan blasted the president’s efforts to pressure Republicans to overturn the election in his favor.

“Look. I thought the pressuring of the legislators to try to somehow, you know, change the outcome with electors was completely outrageous,” the Republican governor exclaimed on CNN’s State of the Union. “Quite frankly, we used to supervise elections around the world and we were the most respected country with respect to elections.”

“Now we are beginning to look like we are a banana republic,” he continued. “Now it’s time for them to stop the nonsense. It is more bizarre every single day and, frankly, I’m embarrassed that more people in the party aren’t speaking up.”

Even Sen. Kevin Cramer (R-ND), who up until a few days ago had given his full-throated support of Trump’s legal challenges, called on the president to start the transition process with Biden, saying it was “past time to start” it. While still defending Trump’s lawsuits and legal efforts on NBC News’ Meet the Press, Cramer acknowledged that “we’ve yet to see a real hearing where evidence was presented.”