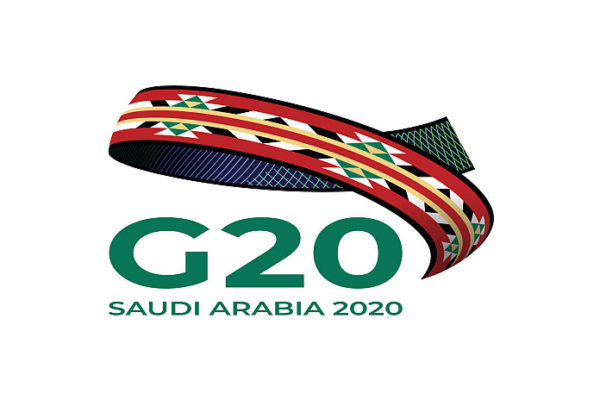 “The whole world is watching” a voice off-screen told Saudi Arabia’s King Salman as he opened the annual G20 summit, in what might be 2020’s highest-stakes video call.

The virtual “gathering” of the Group of 20 rich nations seeks to tackle the novel coronavirus pandemic and the faltering global economy — but in a scaled-down format and without the behind-the-scenes interactions that are the lifeblood of global diplomacy.

Here are the five things to know:

The virtual summit — Plan B when coronavirus made a physical meeting impossible — deprived Saudi Arabia of the chance to invite the world to the grand coming-out party it had hoped for after a whirlwind period of change.

De facto ruler Crown Prince Mohammed bin Salman, who became heir to the throne in 2017, has up-ended the ultra-conservative kingdom — revamping the economy, allowing mixed-gender events, and extending greater freedoms for women, including the right to drive.

But instead, the lead-up to the summit has brought negative headlines, including the detention of opponents in an ongoing crackdown.

“The G20 this year will be a disappointing one overall for Saudi Arabia, as a virtual conference will not showcase the kingdom’s progress in the ways Riyadh hoped,” said Ryan Bohl, of US geopolitical think-tank Stratfor.

After a year of Zoom calls for work and play, the world is familiar with the perils of video-conferencing technology used to circumvent travel restrictions and social distancing requirements.

King Salman’s opening comments appeared to go live earlier than planned, and the feed quickly cut away after the aide’s whispered warnings to the monarch.

Other world leaders appeared in thumbnails on the online platform, clustered around King Salman and MBS, with some apparently struggling with the virtual format.

An aide to Chinese President Xi Jinping brandished a remote control at a screen, while French President Emmanuel Macron was apparently served a soft drink.

Angel Gurria, secretary general of the Organisation for Economic Co-operation and Development (OECD), quickly put away his phone after he realised he was on screen.

Germany’s Angela Merkel, who marks 15 years in power on Sunday, appeared in her trademark pose — serious and focused.

Apart from the glitches, John Kirton, director of the Canada-based G20 Research Group, said the event would be poorer without spontaneous interactions over “summit tables, coffee breaks, corridors or hotel gyms” typical of past meetings.

Private jets, a common sight at past summits, were absent this year — slashing the event’s carbon footprint, along with the lack of leaders’ motorcades which would ordinarily grind the host city to a halt.

However, one green innovation, a new metro line slated to open in Riyadh for the summit, did not come to fruition in time as planned.

The lack of a traditional leaders’ “family photo” brought home the reality of coronavirus restrictions on movement and gatherings.

The encounters have defined several past gatherings, including the famous high-five between Russian President Vladimir Putin and Mohammed bin Salman at the G20 in Buenos Aires in 2018.

Instead, a composite shot was projected onto ruins in the historic town of Diriyah outside of Riyadh on the eve of the summit.

In the shadow of the giant projection, media were treated to a glitzy spectacle of traditional musicians as they tucked into date sorbet.

US President Donald Trump, who was defeated in this month’s presidential elections, will be the wildcard at this year’s G20, with observers speculating that he might seek to use the platform to attack his rivals.

Without the G20’s customary family photo, there will be no risk of a repeat of the 2017 incident that saw Trump barge Montenegro’s prime minister to secure centre-stage, during a photo opportunity at NATO headquarters in 2017.