Ethiopia: a tragedy in the making? 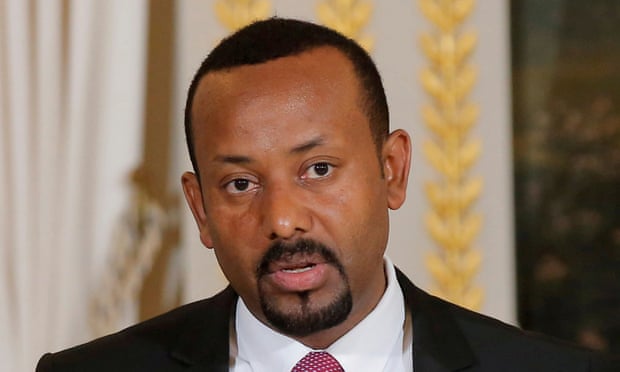 Mr Abiy Ahmed has made an extraordinary gamble with the future of his 115 million compatriots.’ Photograph: Reuters
Share:

What a difference a year makes. Just over 12 months ago, Abiy Ahmed won the Nobel peace prize. The Ethiopian prime minister had overseen extraordinary change in his brief tenure: though the committee singled out the peace deal he had signed with Eritrea, ending an apparently intractable dispute, he had also embarked upon sweeping domestic reforms. Yet while the relaxation of intense political repression brought real hope, there was also fear that the improvements were precarious at best, with too much expected of one man.

Now Africa’s second most populous nation is on the brink of civil war. In the early hours of 4 November – as the world’s attention was fixed on the United States – Mr Abiy launched a major military operation in the northern region of Tigray and imposed a state of emergency. He said he was responding to an attack by the region’s ruling party on an army base, which they have denied; the Ethiopian parliament has now voted to replace them with a centrally-imposed administration.

This looks like a tragedy in the making. Former US diplomats have warned that the fragmentation of Ethiopia would be the largest state collapse in modern history. Few believe Mr Abiy’s claim that “the end is near” for the Tigray People’s Liberation Front (TPLF). In addition to Tigray’s sizable and well-armed paramilitary force and militia, it is home to the Ethiopian army’s northern command; many of the personnel are Tigrayan. Conflict could soon spread. The TPLF is said to fear that its old foe Eritrea may become involved. The Ethiopian deputy chief of defence promises that “the war will end there in Tigray”. But others are less sure, given the country’s rivalries between but also within ethnic groups, with underlying grievances charged by the competition for resources. The relaxation of tight controls had already seen an upsurge in brutal violence, displacing a million people since Mr Abiy took power; last week saw the murder of 54 Amhara people, including children, in a massacre which has been blamed on the Oromo Liberation Army.

Now Mr Abiy has made an extraordinary gamble with the future of his 115 million compatriots. The International Crisis Group warns that if this conflict continues it “will be devastating not just for the country but for the entire Horn of Africa”. Its neighbours include Sudan, South Sudan and Somalia, where Ethiopian peacekeepers are deployed.

The military operation follows months of tension between the central government and the TPLF – which dominated Ethiopia’s ruling coalition, the Ethiopian People’s Revolutionary Democratic Front (EPRDF), for years. After Mr Abiy’s rise, the TPLF complained they were marginalised and scapegoated for the country’s problems.

They withdrew from government last year, as he dissolved the EPRDF, formed from ethnic-based parties, to create the Prosperity party. Sympathisers saw that as a welcome if highly optimistic attempt to forge a pan-Ethiopian identity and tackle divisions in a country where power has long been configured along ethnic lines; critics as an attempt to consolidate his position and see off rivals – a view fuelled by mass arrests of political opponents. When he postponed national elections to an unspecified date, citing the pandemic, the TPLF pressed ahead in Tigray.

Now each side regards the other as illegitimate, and refuses dialogue despite calls from the UN and African Union. In Mr Abiy’s Nobel acceptance speech, he recalled his experiences as a young soldier in the war with Eritrea: “War is the epitome of hell,” he said. Governments must press the prime minister, and the TPLF, to negotiate before more Ethiopians – and perhaps their neighbours – face the same horror.