Majority of Europeans would vote for Biden, poll finds 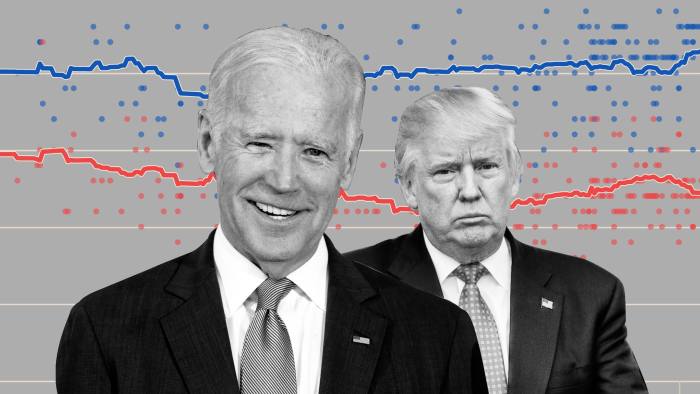 A poll finds that the majority of Europeans would vote for Biden underscoring Trump’s unpopularity across the Atlantic,
Share:

Joe Biden would hammer Donald Trump in the upcoming US presidential election if it were Europeans heading to the ballot box, a poll showed Friday, underscoring the incumbent’s unpopularity across the Atlantic.

Among five countries surveyed by pollsters BVA — Britain, France, Germany, Italy and Spain — the  Germans were the most enthusiastic Biden supporters, with 66 percent saying they would back the Democrat if allowed to vote.

Trump’s best score was in Italy, where 15 percent would make their mark for the Republican candidate.

But Biden’s score was close to three times as high there, at 42 percent.

Across Europe, Trump’s decision to withdraw the US from the 2015 Paris climate agreement was one of his least popular moves of the last four years, with single-digit approval ratings everywhere but Spain, where 11 percent agreed.

His plan to build a wall along the US border with Mexico was almost as unpopular, with Brits the biggest fans at only 17 percent approval.

A large majority of Europeans say they are interested in the election, with Germans following the race for the White House most closely at 85 percent, while other countries clustered around the 70-percent mark.

Asked their opinion of the US more generally, just 22 percent of Germans said they viewed the country positively, 12 points behind than the next-most-sceptical Brits.

Italy was the most favourable to the US, with 38 percent saying they had a good opinion.

BVA said it surveyed a total of 11,737 people across 10 countries in October to compile the survey.