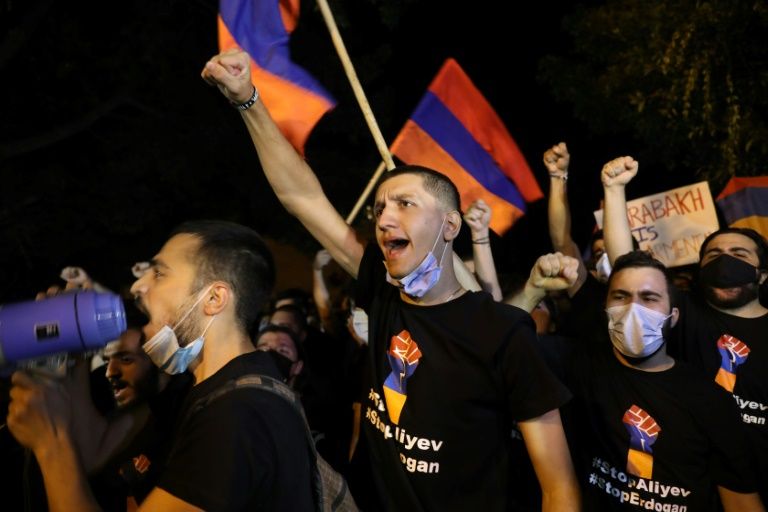 Lebanese Armenians demonstrated outside the Turkish embassy in Rabieh
Share:

Lebanese Armenians demonstrated outside the Turkish embassy in Rabieh, on the outskirts of Beirut to protest against the fighting between Armenian and Azerbaijani forces over the Nagorno-Karabakh region

The protesters condemned “the breach of the truce agreement between Nagorno-Karabakh and Azerbaijan and Turkey’s support for Azerbaijan in the conflict (with Armenia) over the region,” National News Agency said.

“Protesters hurled stones and firecrackers at security forces tasked with protecting the embassy as scuffles erupted between the two sides,” NNA added.