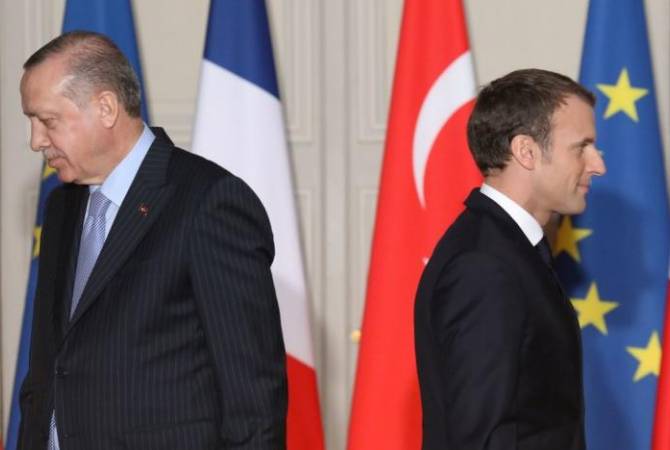 File photo : France recalled its Ambassador from Turkey. Brands comments made by Turkish president Recep Tayyip Erdoğan (L) about his French counterpart (R) as rude and impolite. Analysts say the spat between Erdogan and Macron could benefit both leaders
Share:

”President Erdoğan’s comments are inadmissible. Impoliteness and rudeness are not a method. We demand Erdoğan to change his policy, because it’s dangerous in all respects”, an official from  Élysée Palace told AFP.

He added that the Ambassador will also meet with Emmanuel Macron to discuss the situation.